A Residency with Shrewsbury Morris

A Giant for Shrewsbury

In this collaboration with Shrewsbury Morris, Thingumajig Theatre directors Kathy and Andrew were in residence near Shrewsbury for 2 weeks in September 2019.  They worked with members of this dance team and the local community to design, make and perform a giant puppet and 6 banners to represent Shrewbury and the different facets of the team.

In advance of this, Shrewsbury Morris members wrote a story based on the local legend of the Wrekin Giant while other members wrote original music and choregraphy for dances for giant and dancers.

The giant, named Septimus (by team vote) is now a feature of their team and has several invitations to perform at local and national events. When he’s not performing, he is on display at local museums and community centres. Inspired by the tradition of “Gigantes” known in Spain, Belgium and other parts of Europe where local group look after and display a giant figure on special celebrations, we approached Ray and Bev Langton of Shrewsbury Morris if they might be interested in making a giant. Running with the idea, the team applied for funding and began to bring “Septimus the Giant Cobbler” into being, complete with a brand new story, dances, music, display boards, even matching T-shirts!

Though the members where not necessary makers, their enthusiasm and their willingness (with our direction) resulted in very impressive additions to their performances.

The concept and design for Septimus and the banners was a truly collaborative process, and each person who contributed could parade their creations with pride and a sense of ownership. Like any good creative process, the results are measured far beyond the final products.

This project was made possible with the support of Shrewsbury Town Council and Arts Council England. 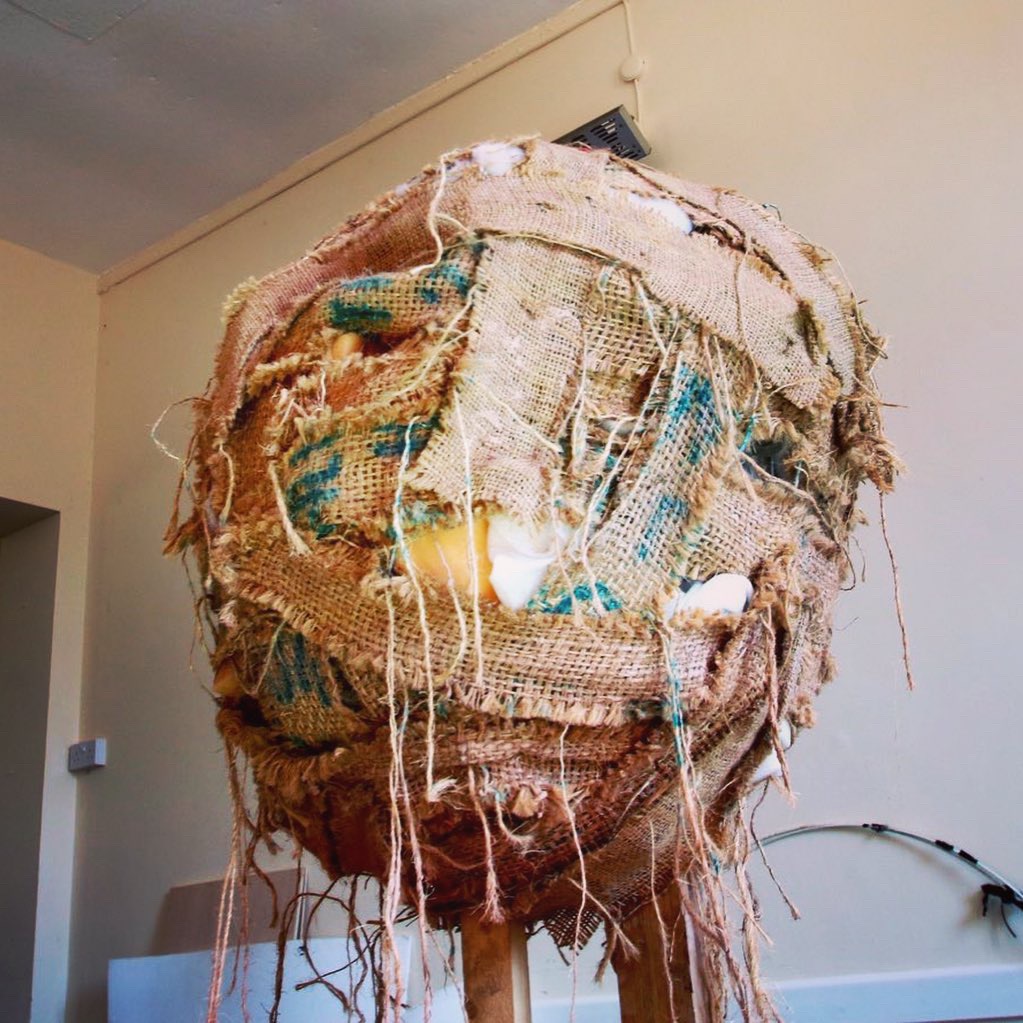 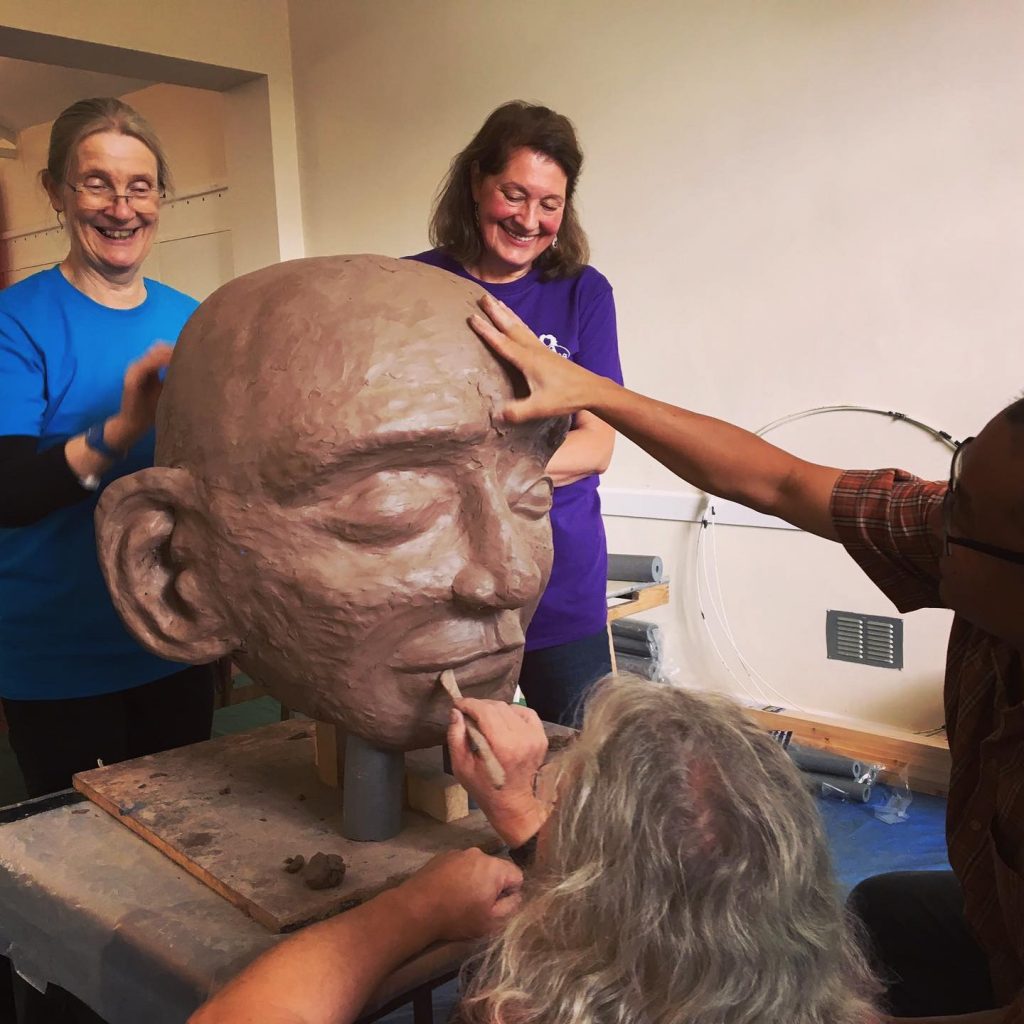 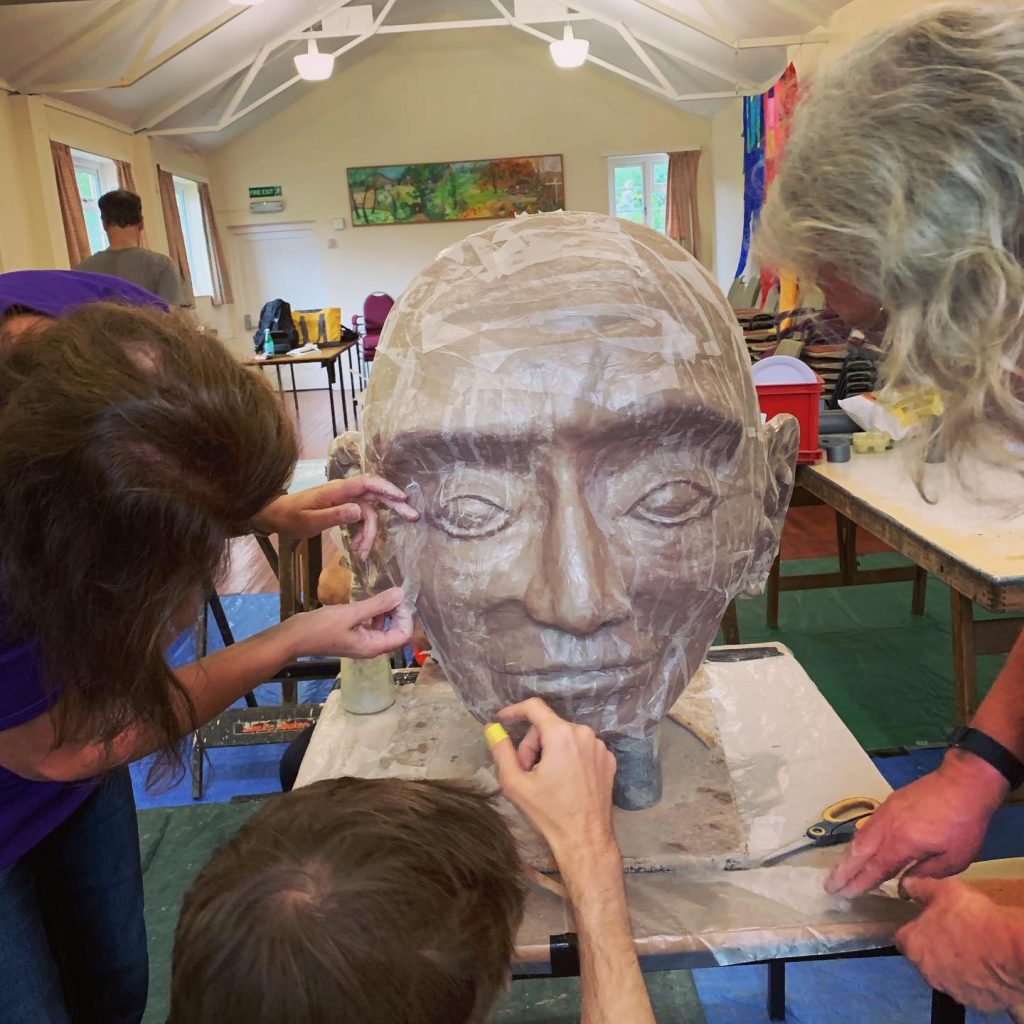 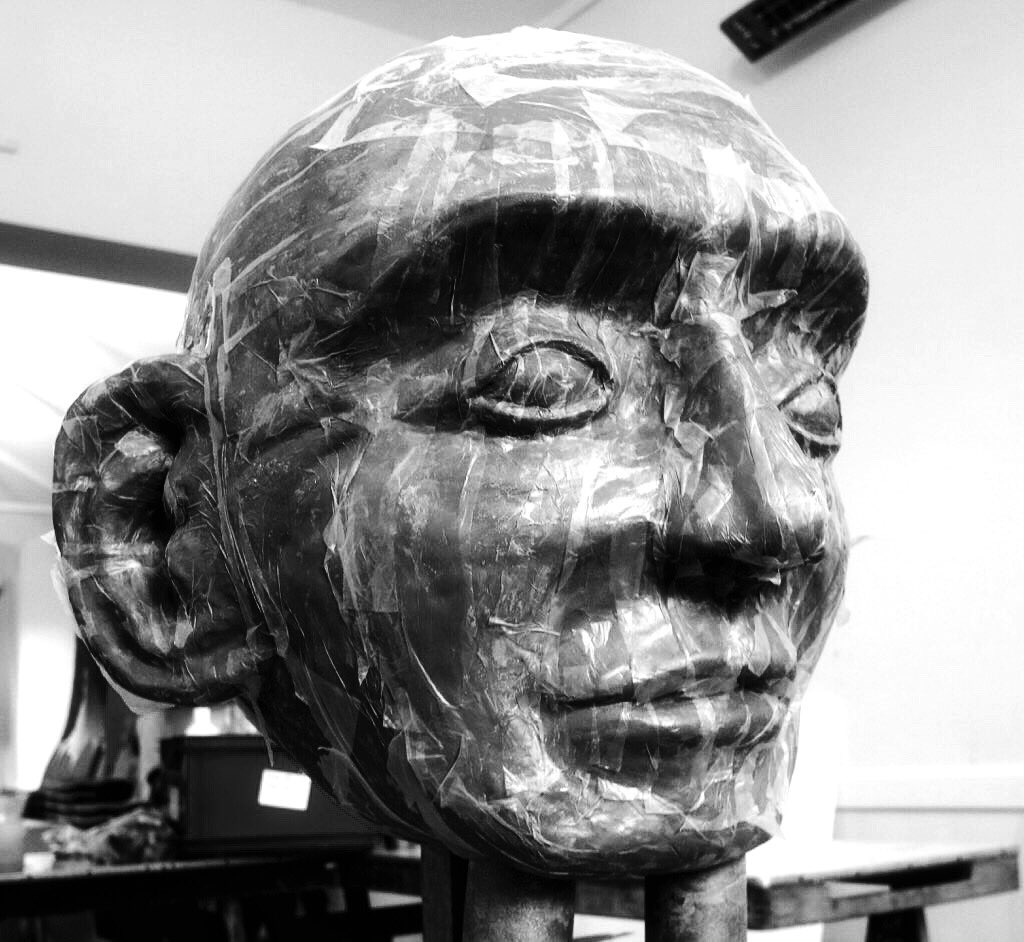 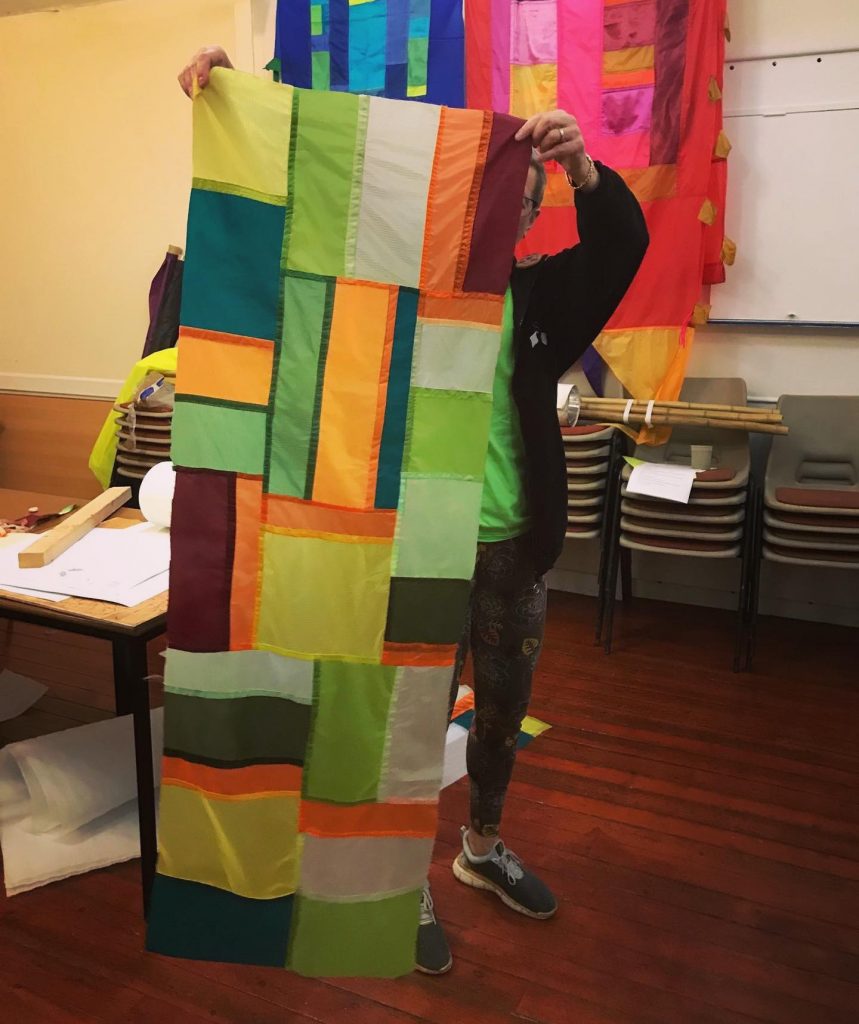 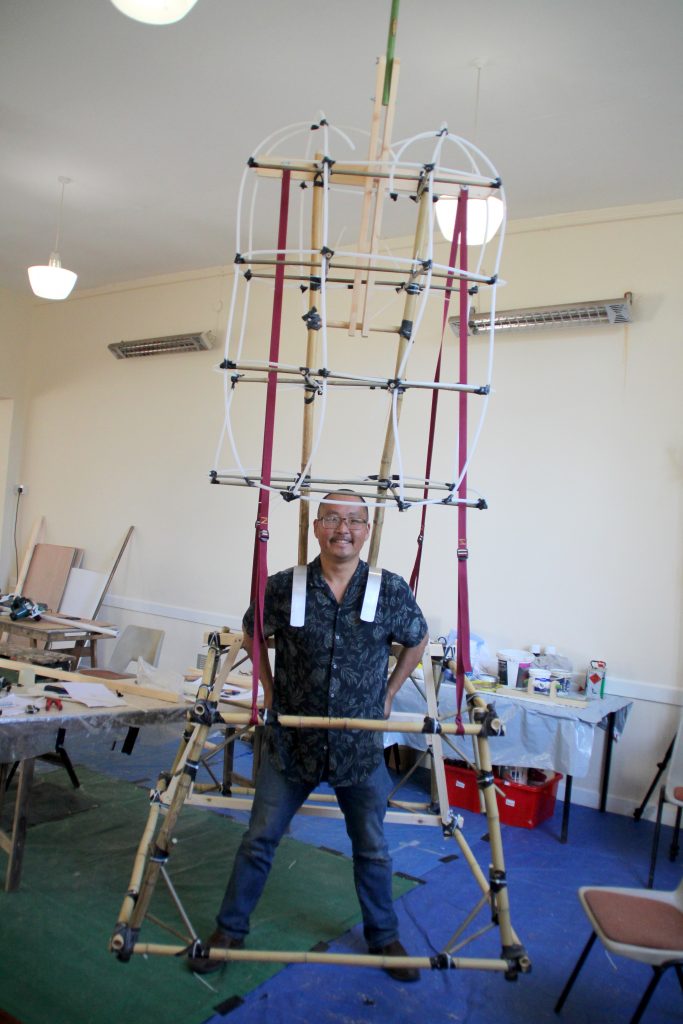 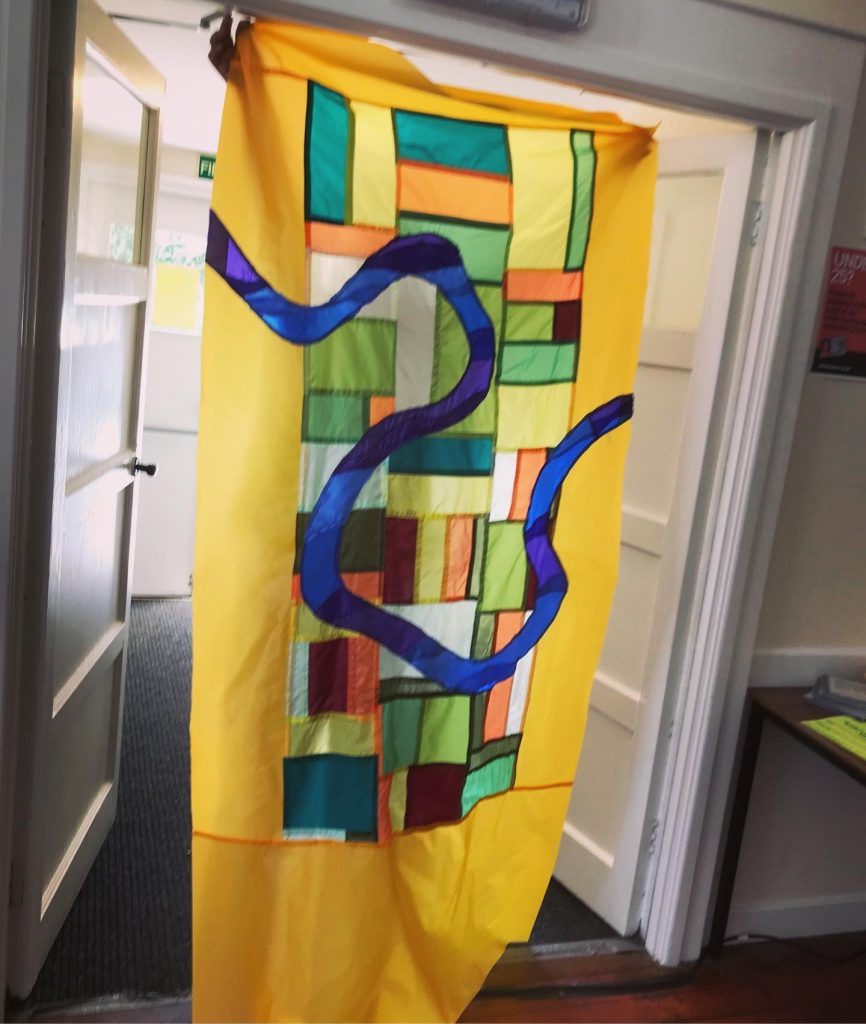 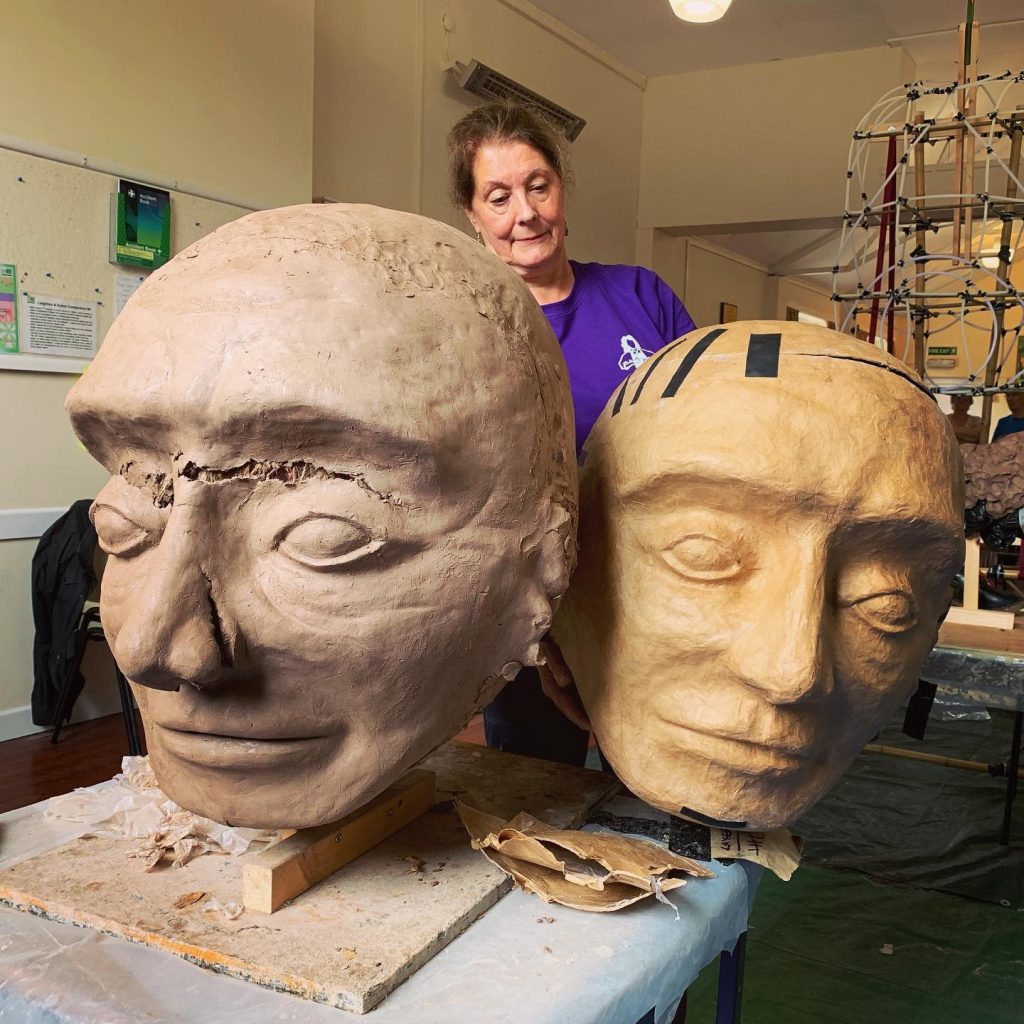 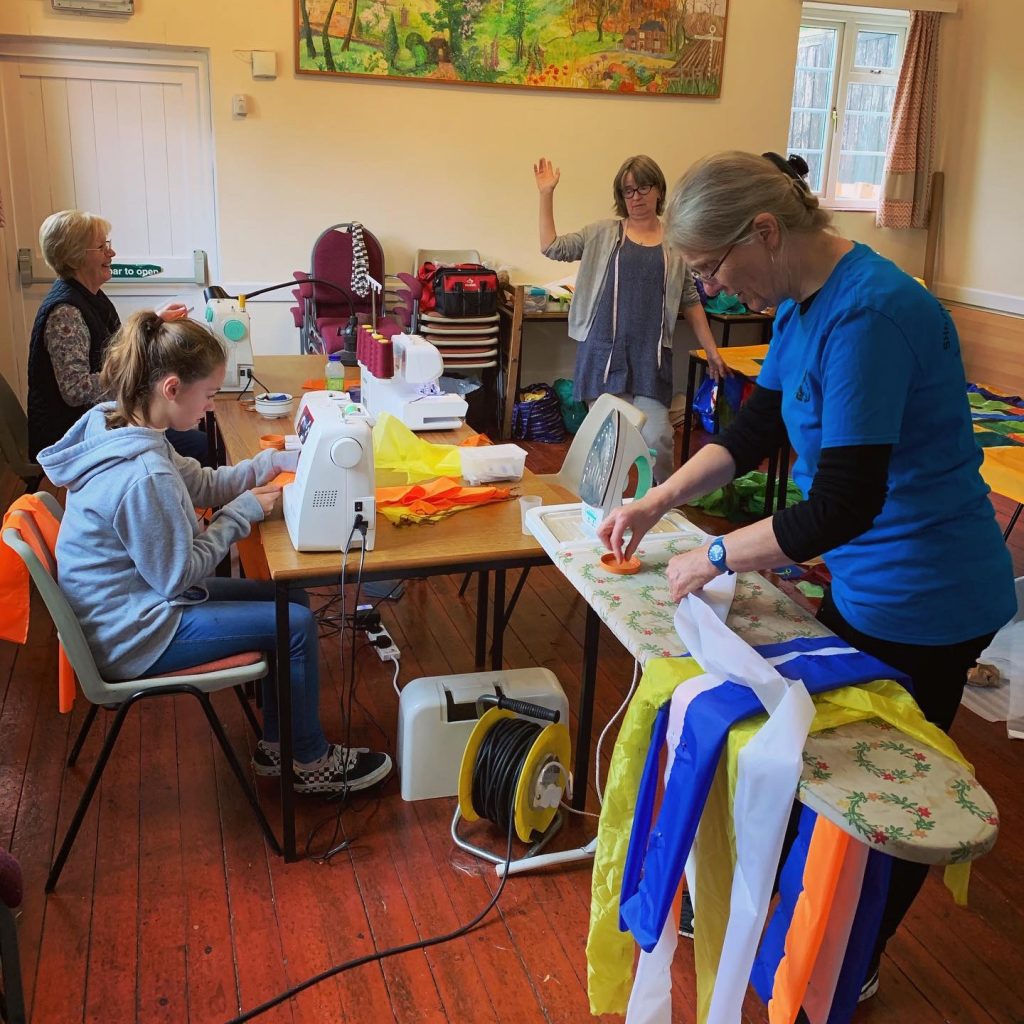 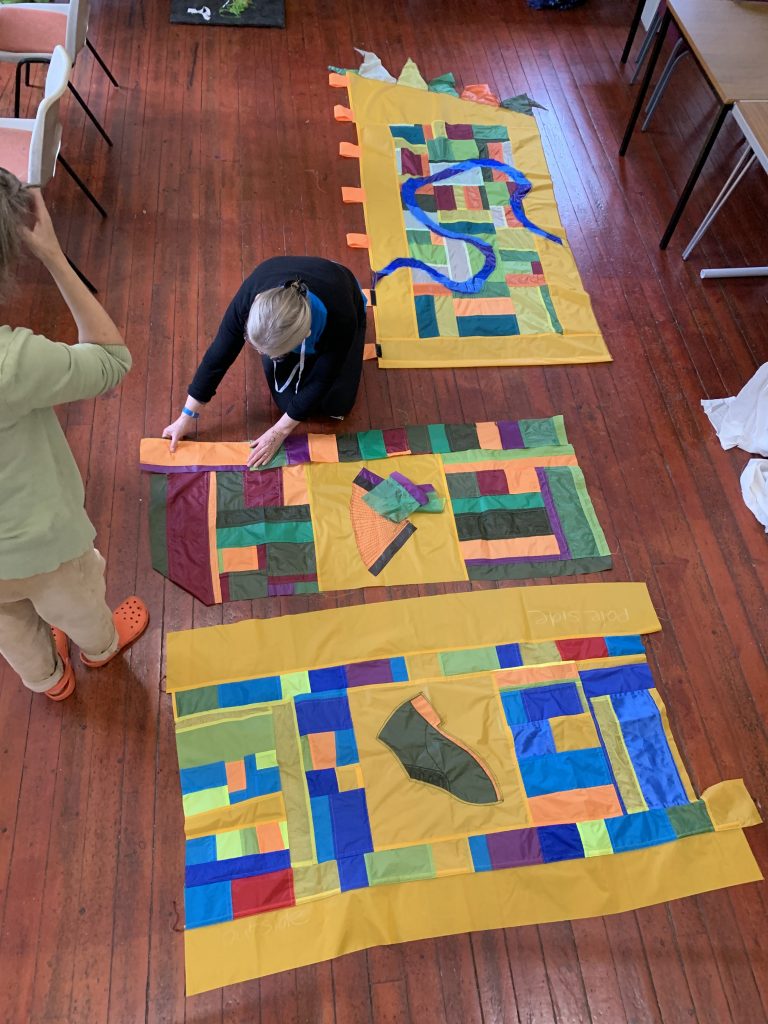 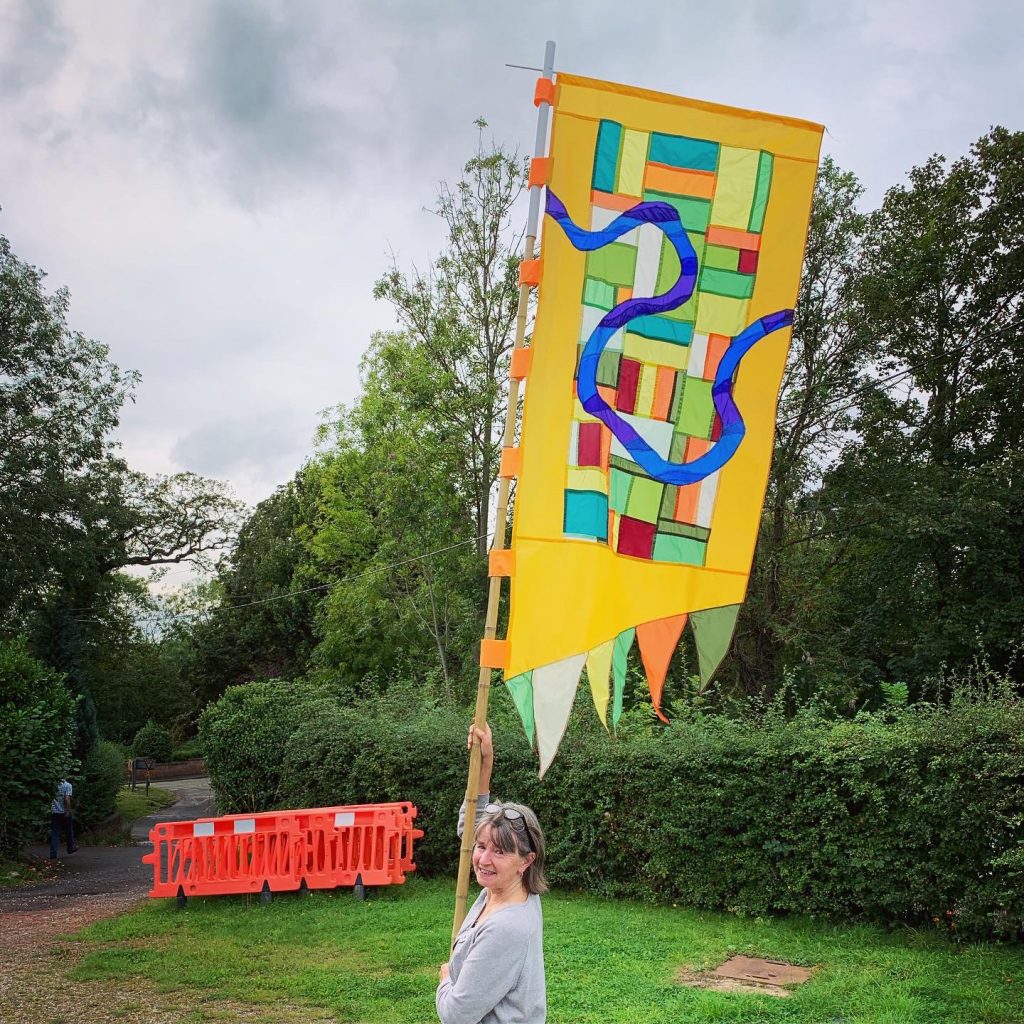 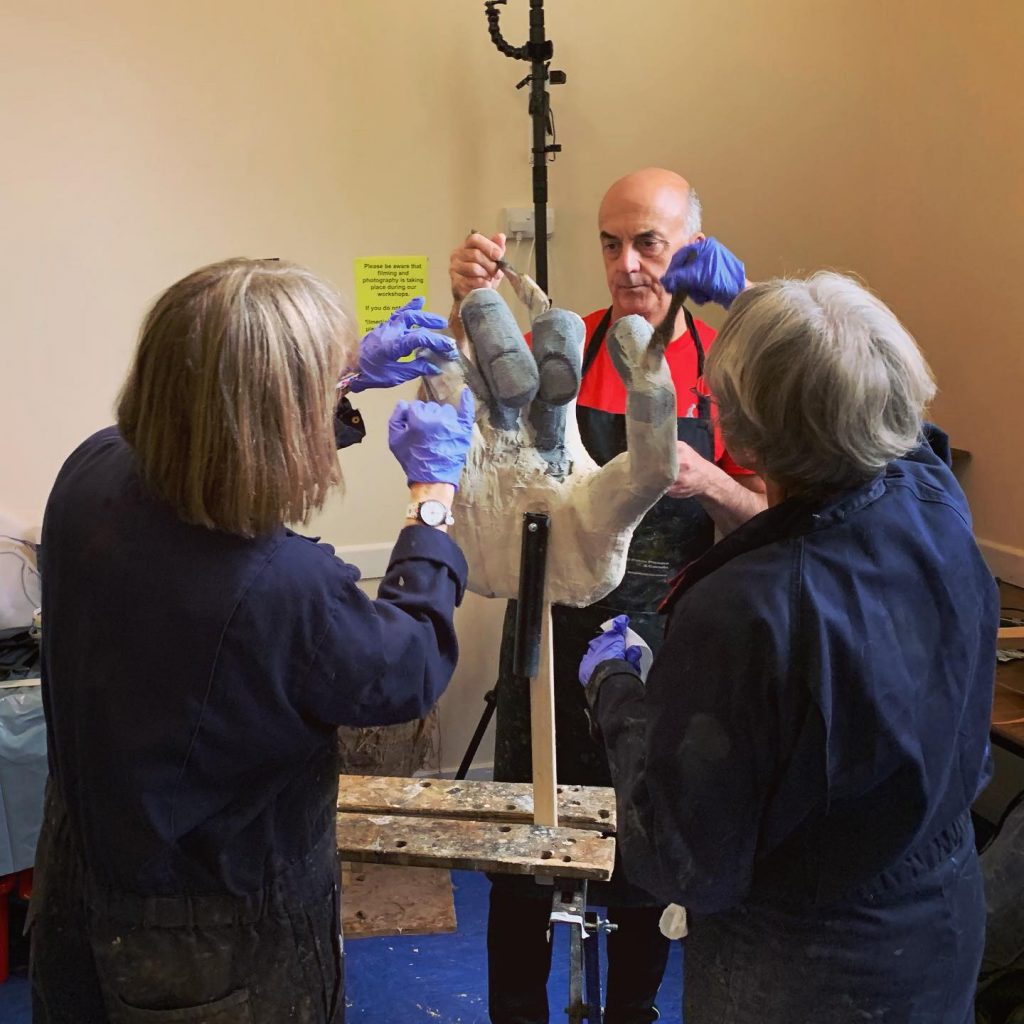 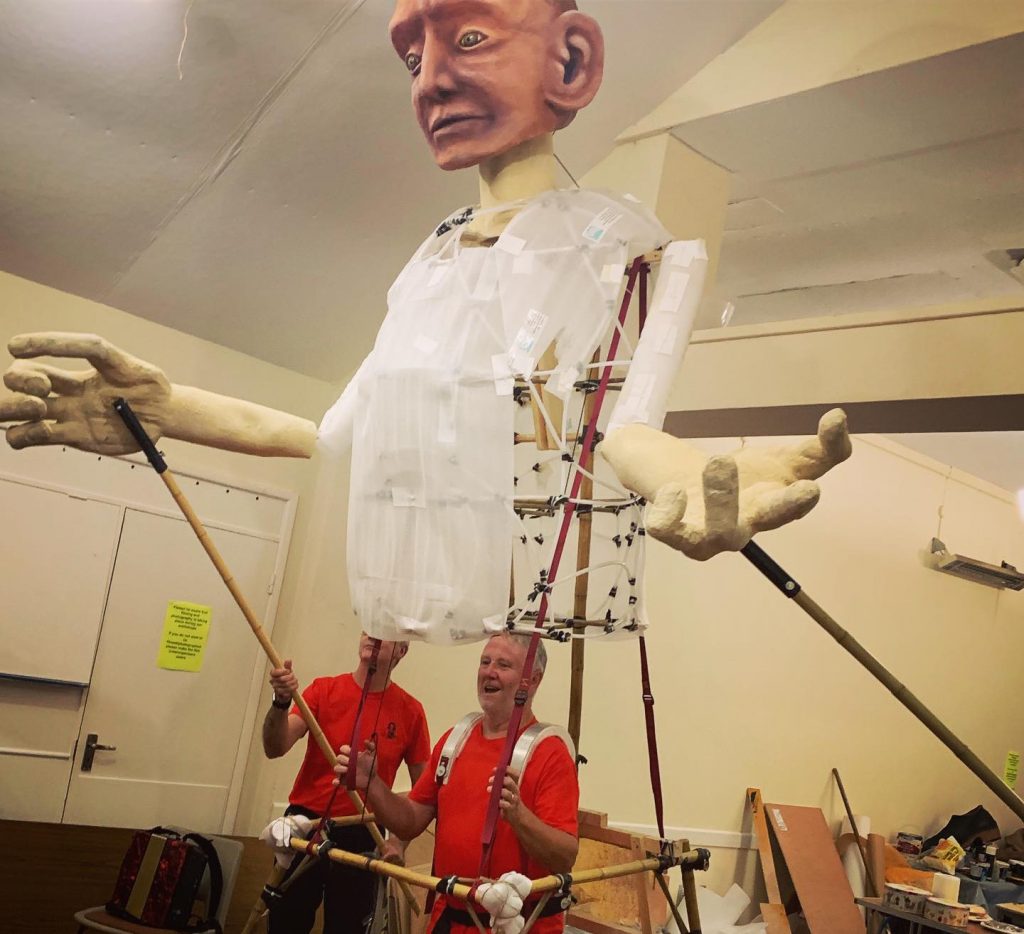 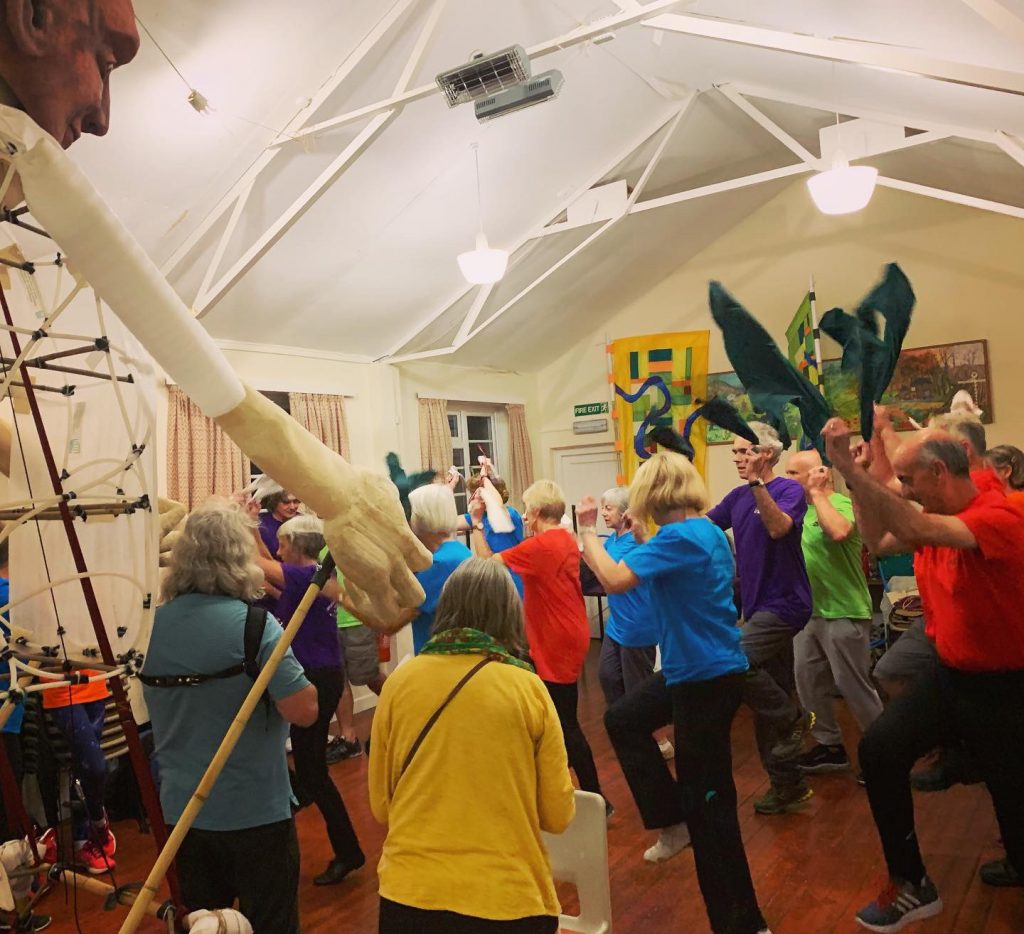 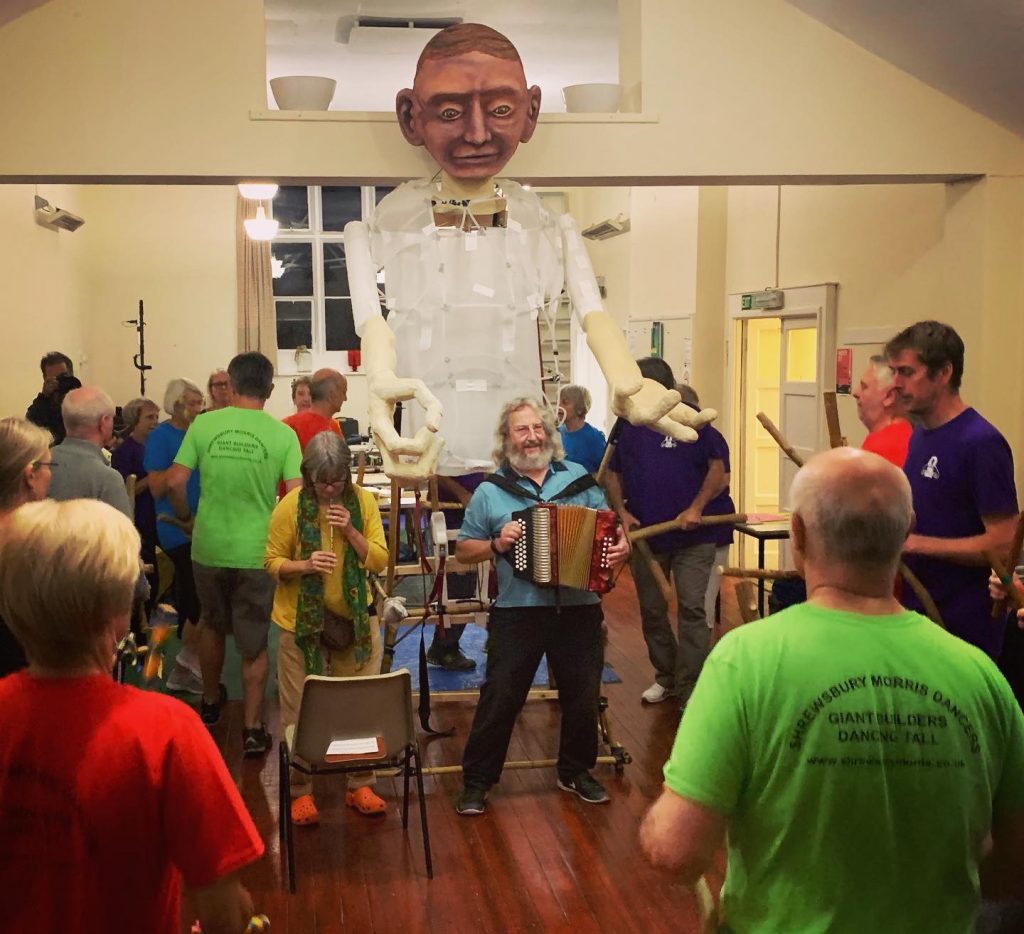 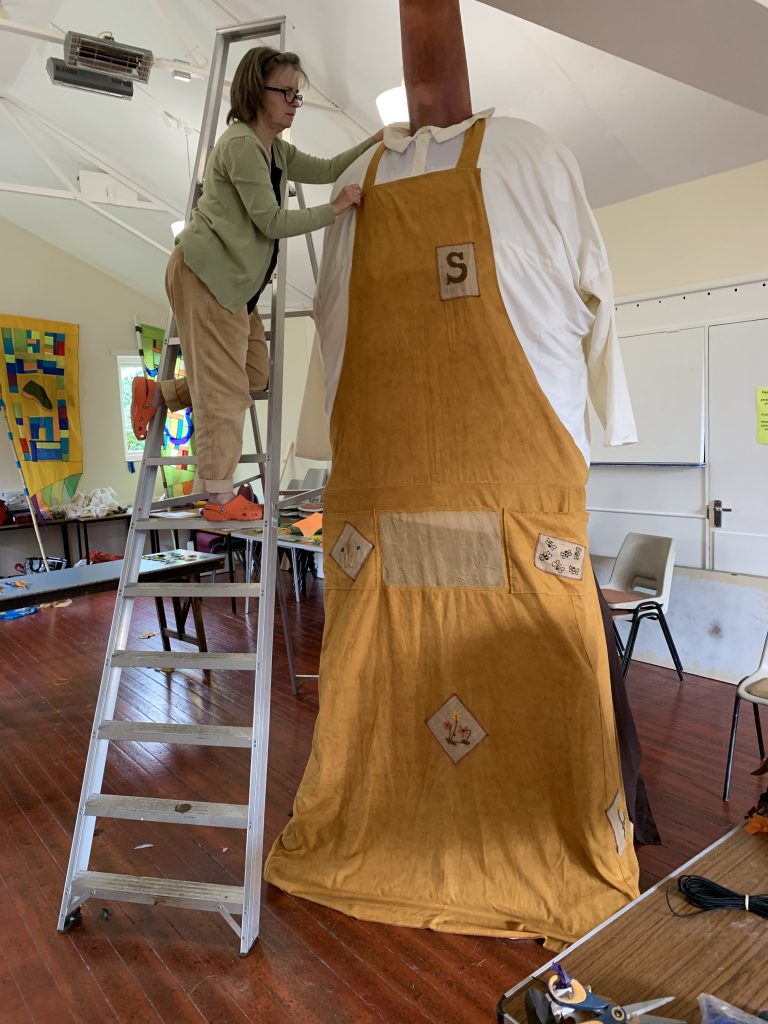 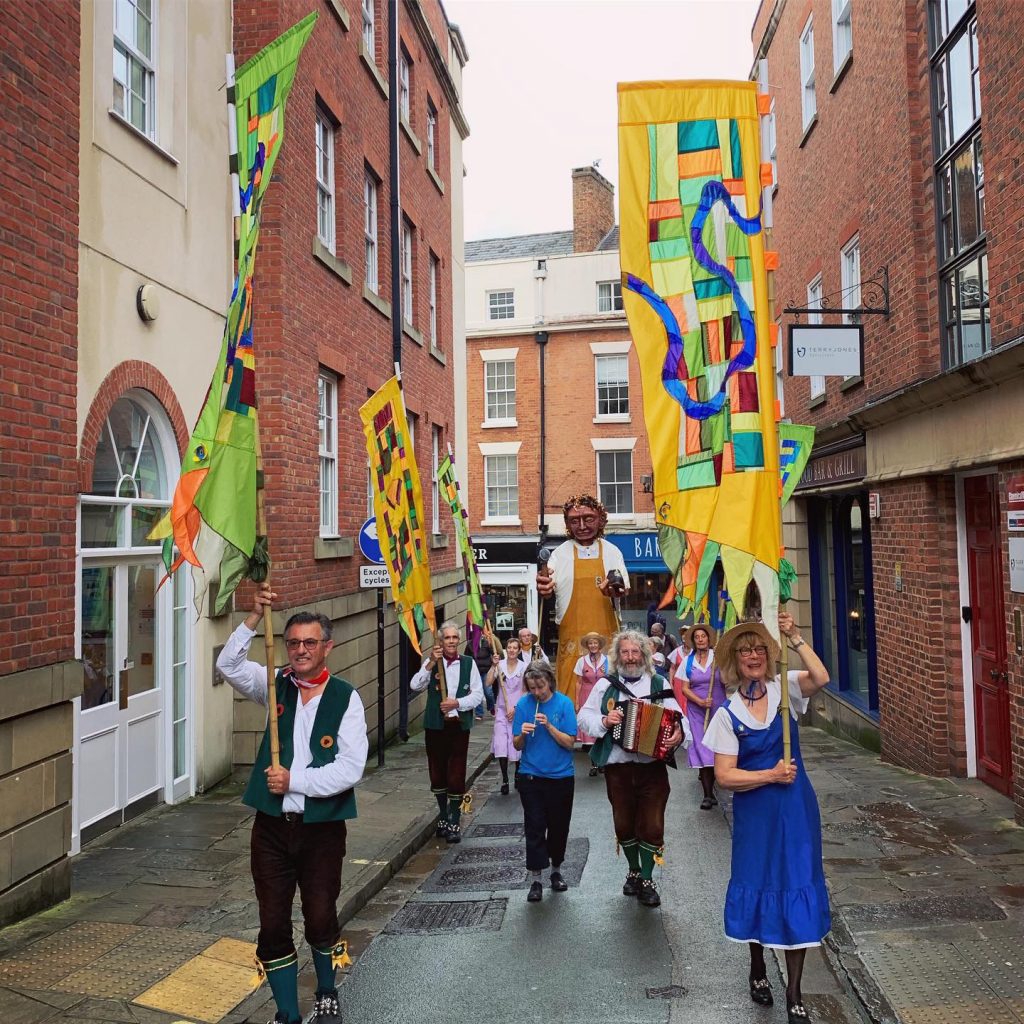 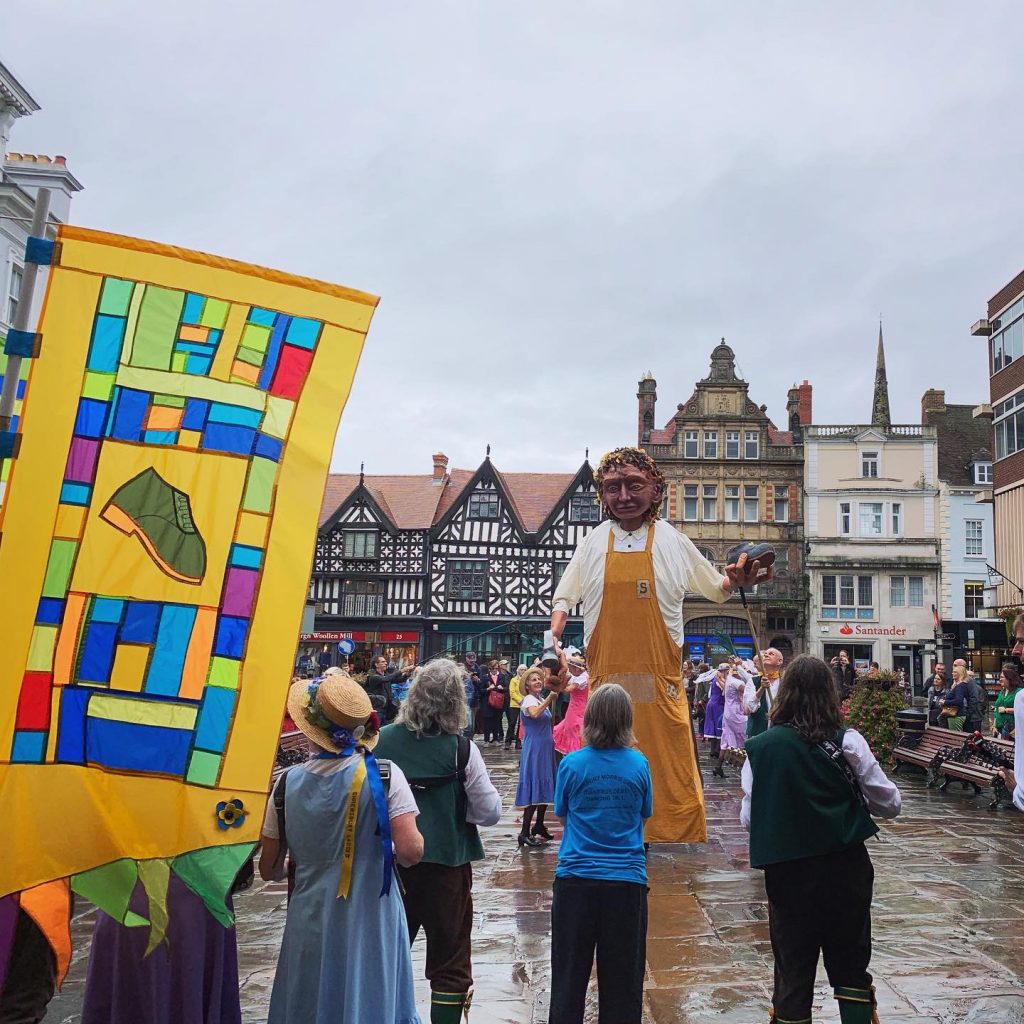 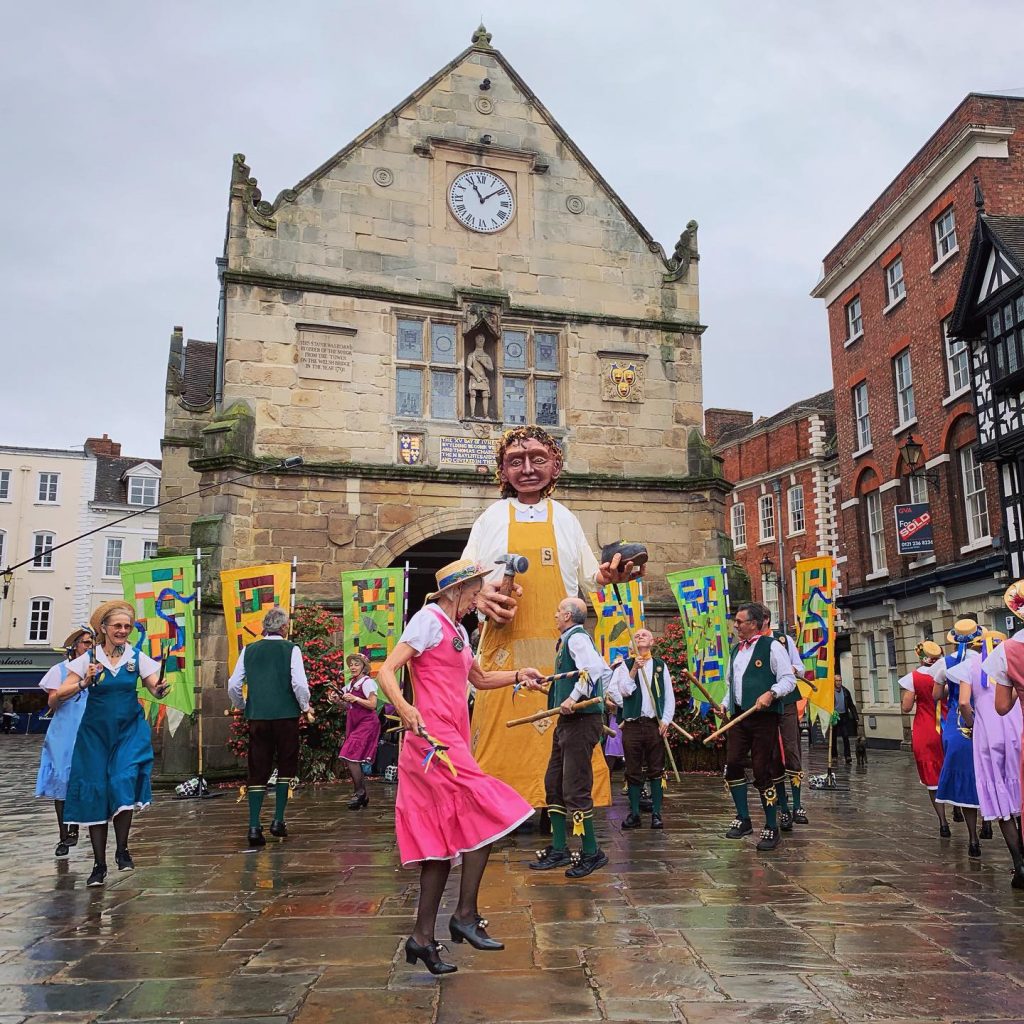 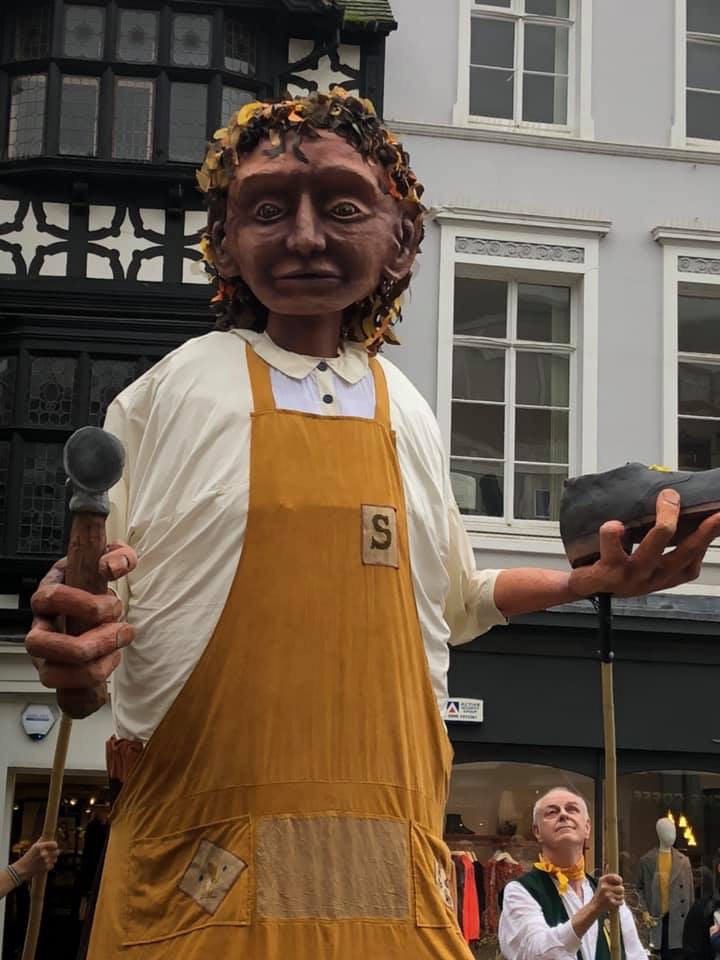 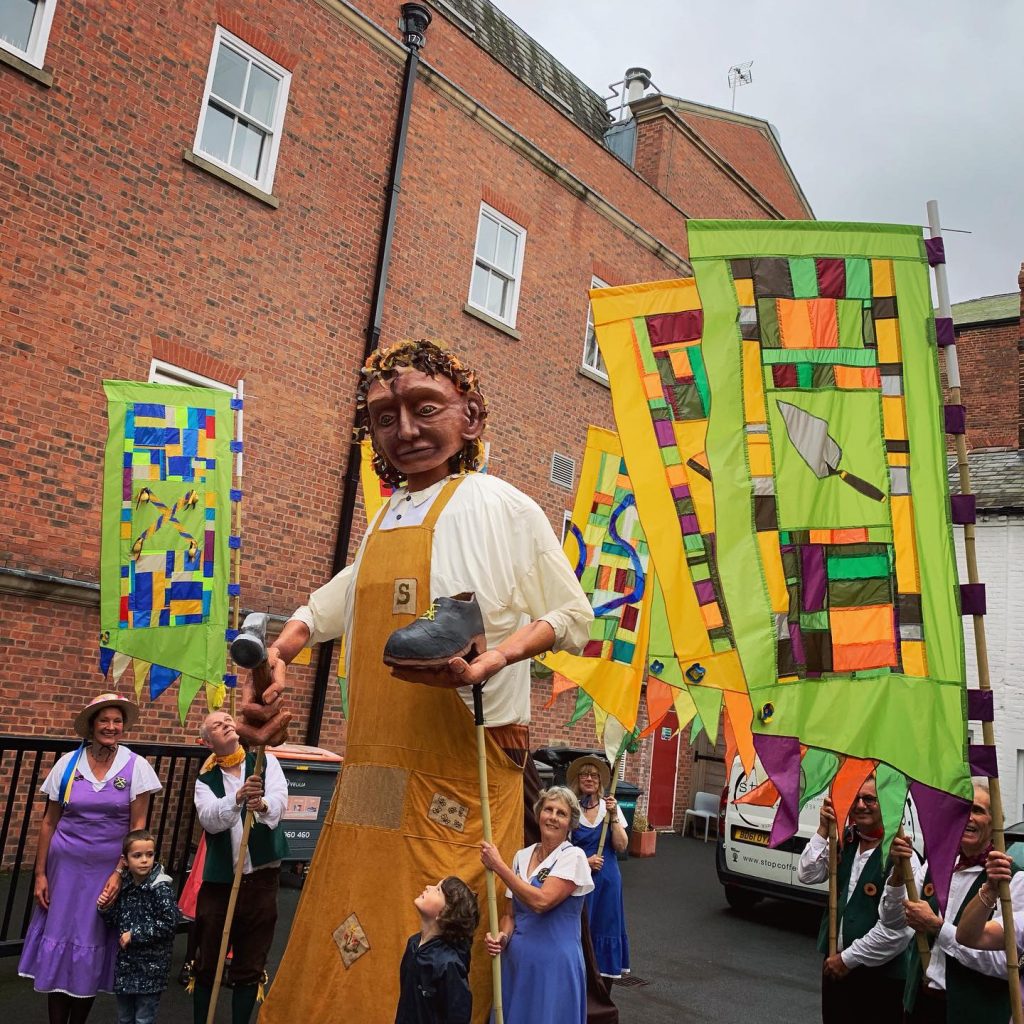