For the 2014 Manchester Day Parade, we were commissioned to create a firefighter giant puppet for Manchester Fire and Rescue. They were about to introduce a new uniform so they asked for puppet of an Asian female firefighter in the new uniform.

It was a nice challenge as one arm was fixed, we created a head turning mechanism so that the left arm can make the head move up and down and side to side while the puppeteer’s right arm controlled the fire extinguisher. It was also great making a puppet with proper high vis fabric–you can see this puppet coming a mile away!

We were also asked to create an ensemble with their Prince’s Trust youth so Kathy prepared some silk banners and Fran Sierevogel led them in a batik workshop. At the parade, the flags would form clusters and the firefighter would rush them and chase the flame flags.

Here are more photos of the puppet from their official Flickr site and photos of her at Manchester Pride Parade. 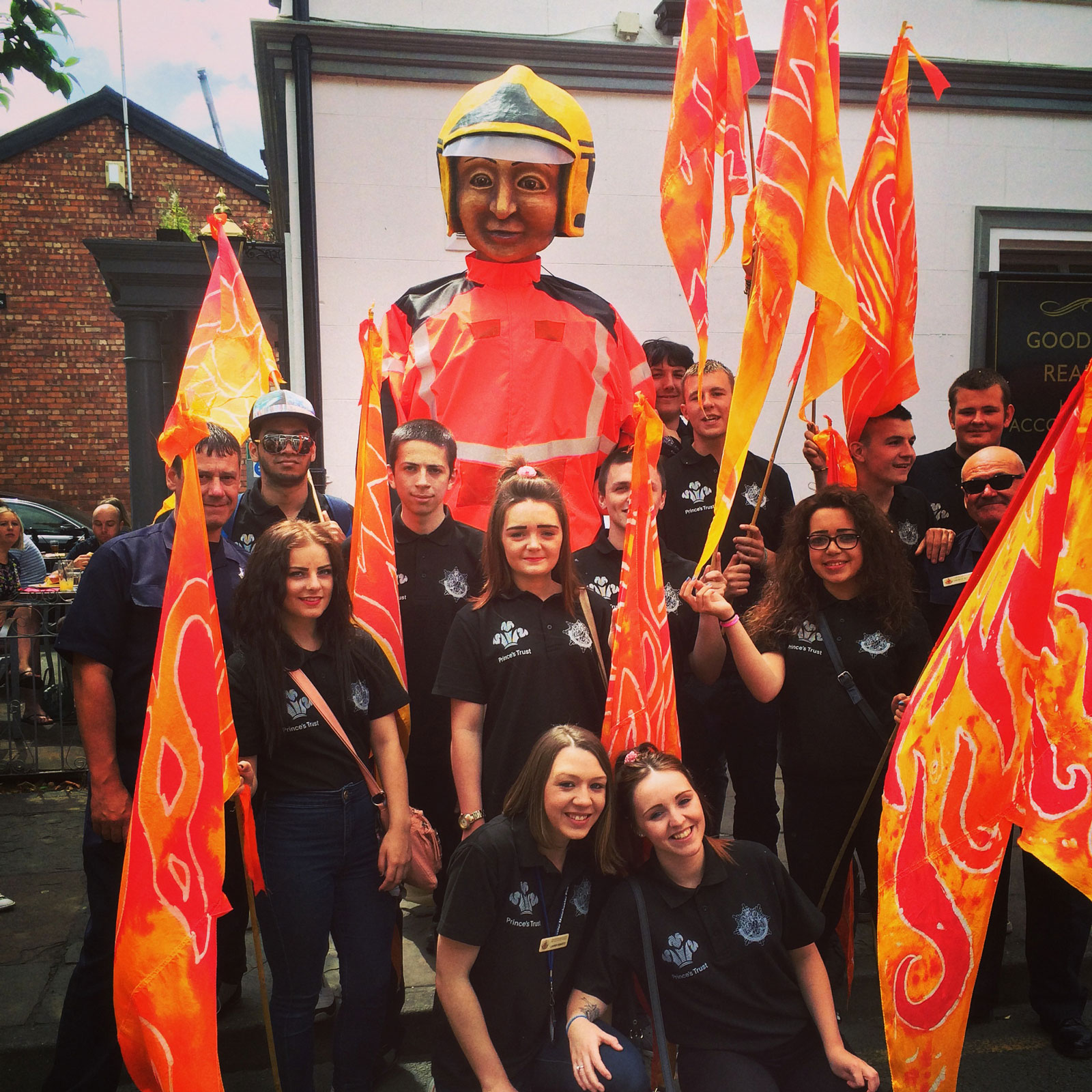 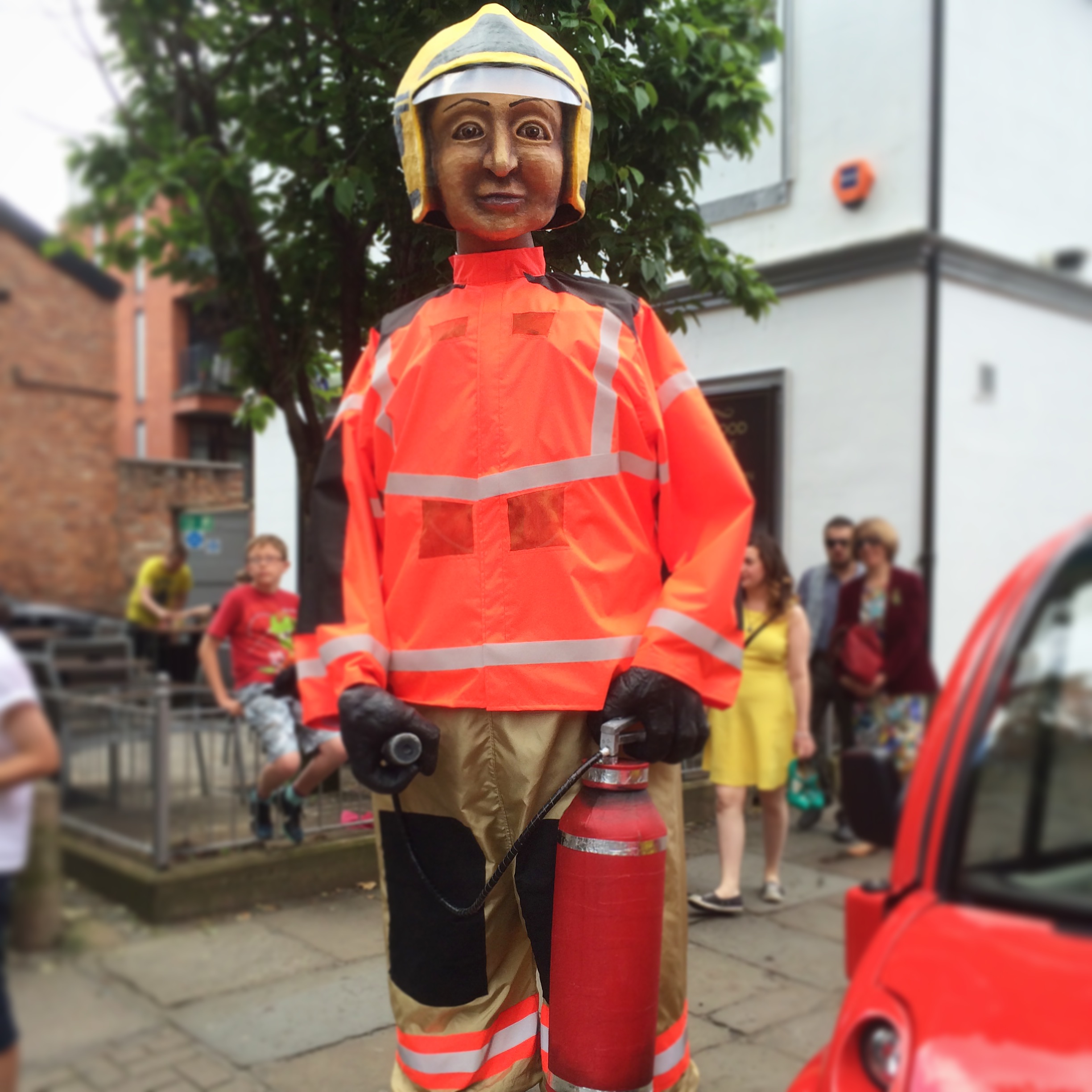 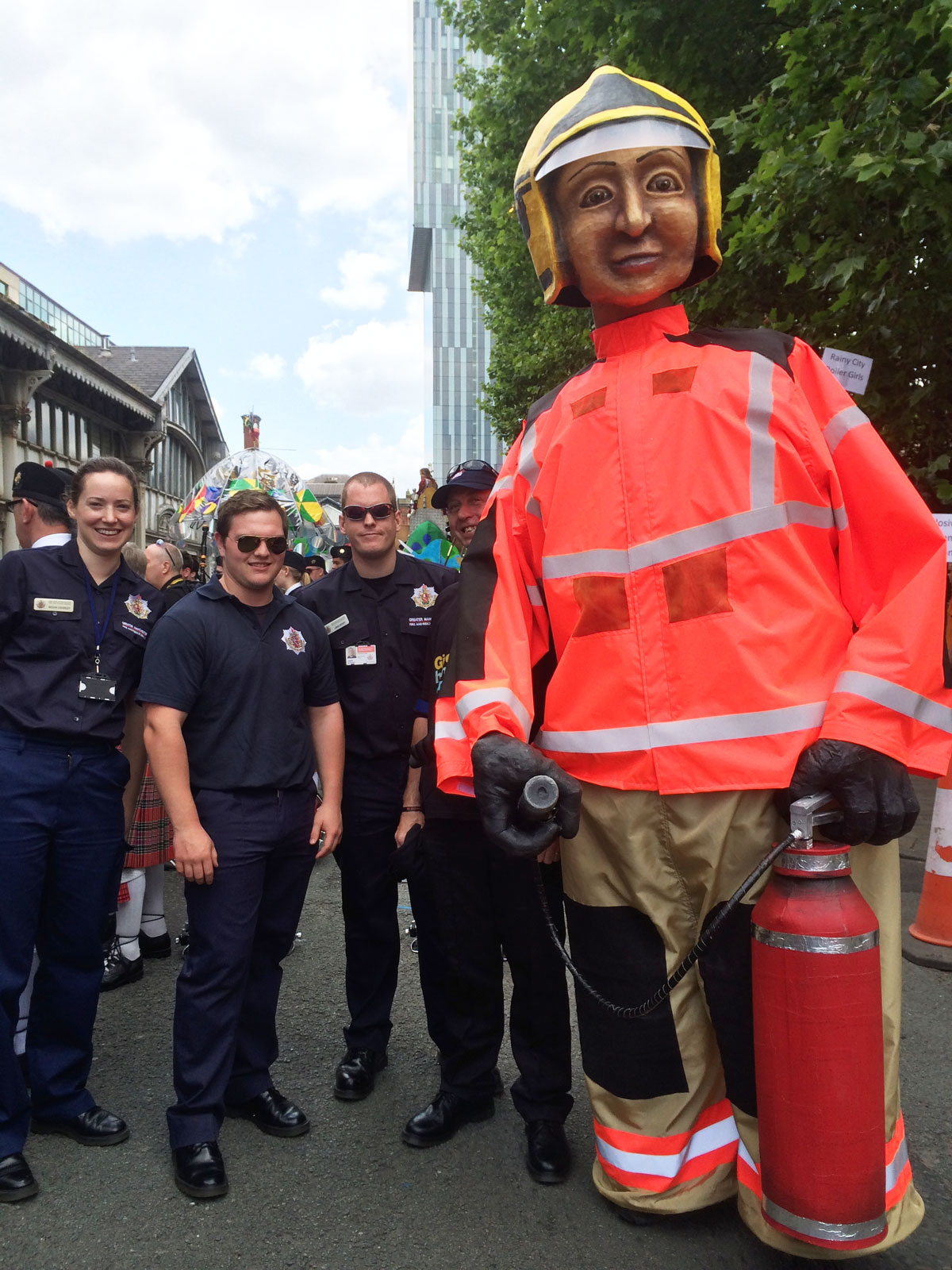 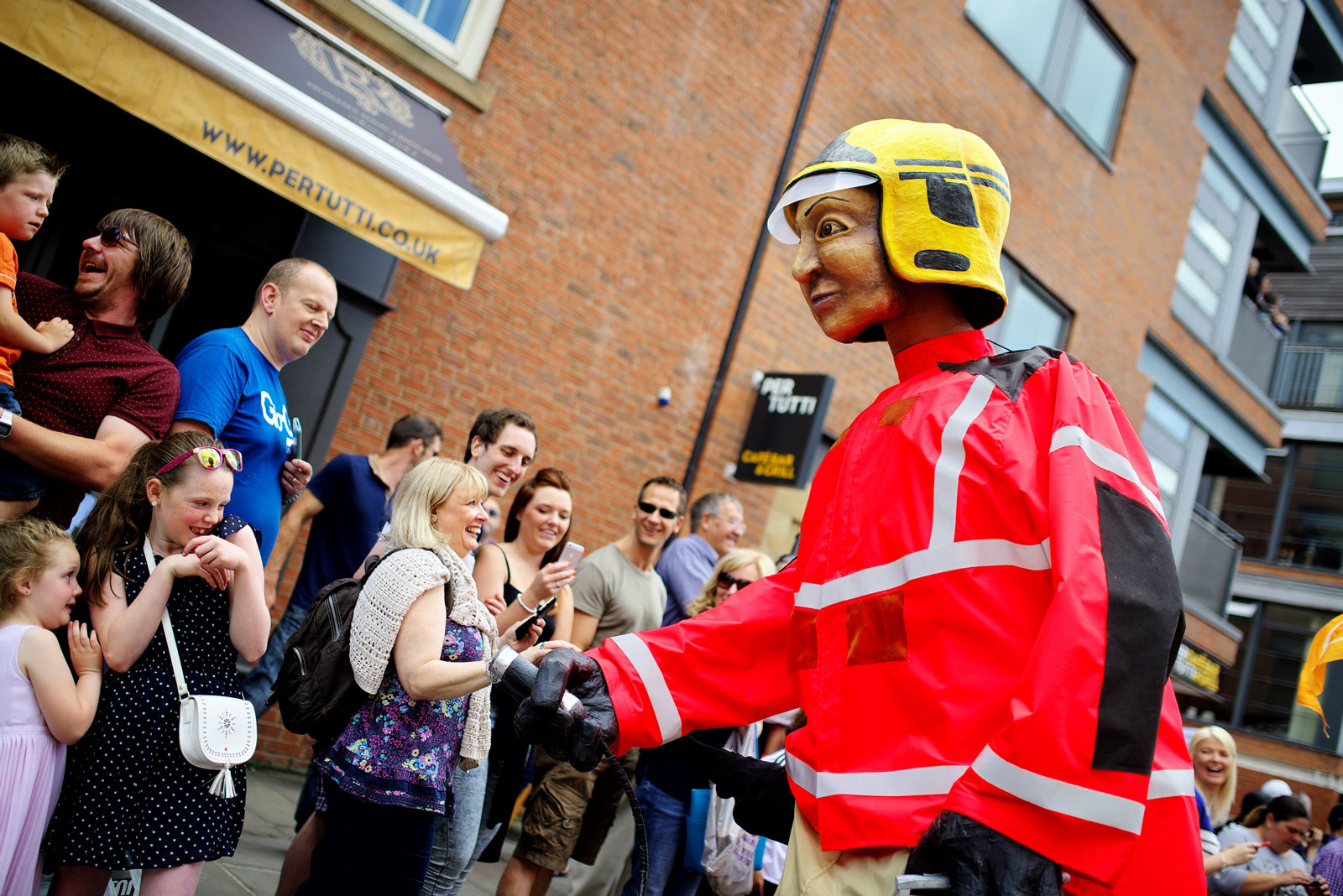 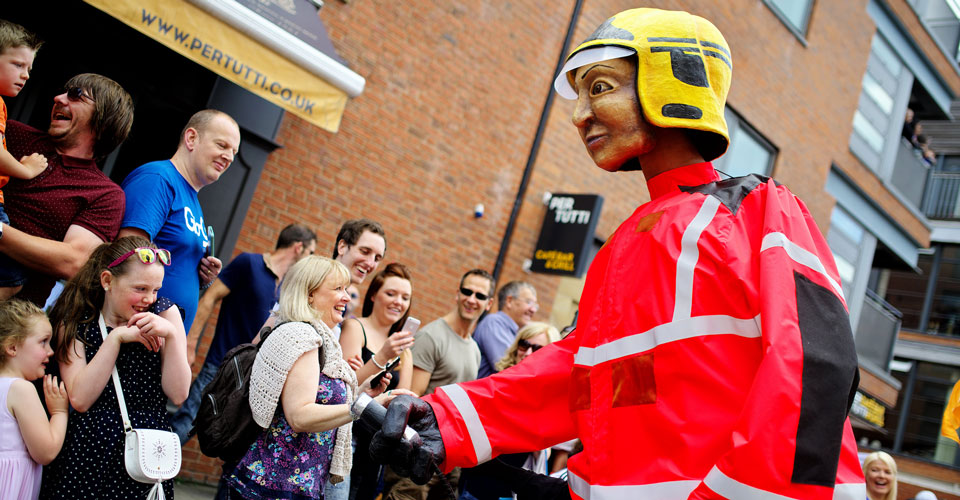 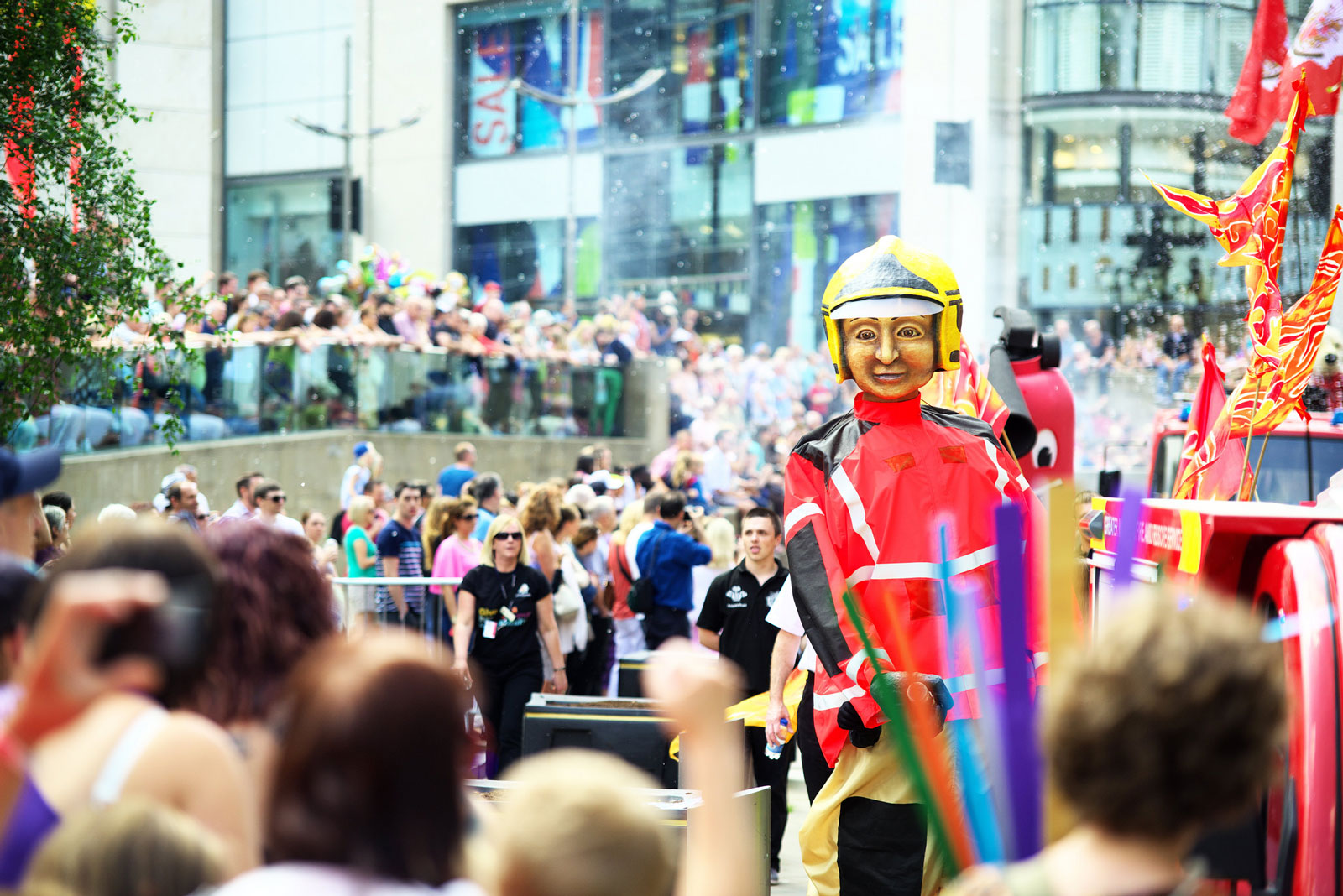 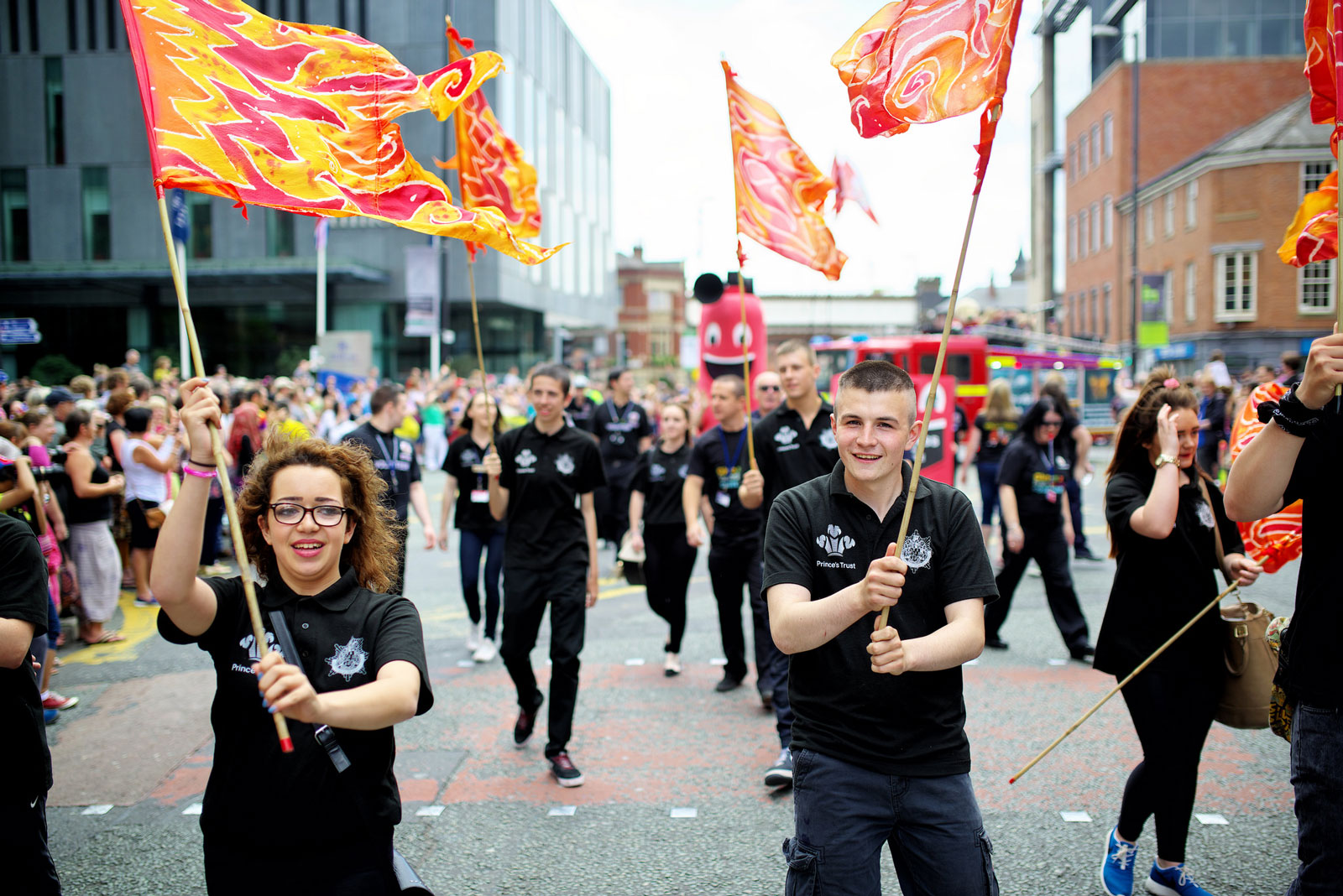 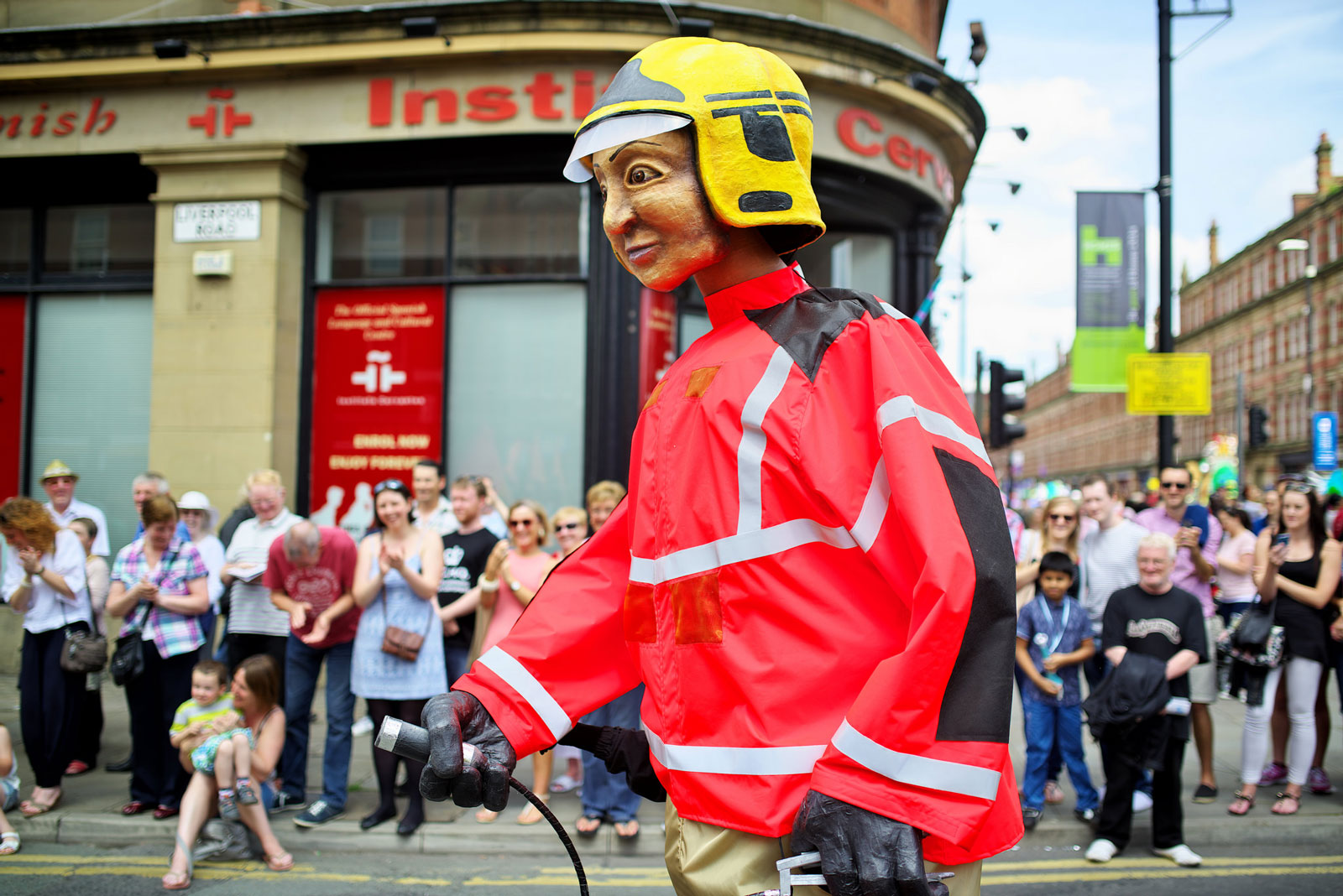