Giant puppets at a massive music festival on an island in Budapest? Why not! For the first time, we crated our giant puppets and flew to meet them for the week-long Sziget Festival. It was a big experience.

It was its own universe, much like Glastonbury or Burning Man which attracted about 80,000+ people from throughout Europe. There were some big names (not that we knew them very well) and lots of great public art and street theatre.

We brought out hippo and the dodos and did 3 sets a day (two of one, one of the other). The crowds were really very enthusiastic. Folks loved the hippo and as it turns out, the dodos are party animals when they find a dance floor! 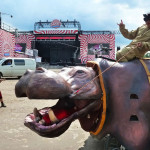 Could have been a rock star… 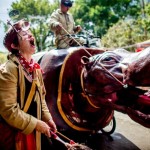 Hippo on the paths of Sziget; photo courtesy of Sziget 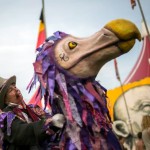 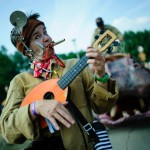 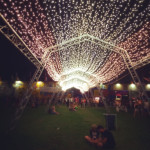 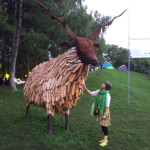 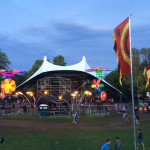 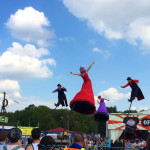 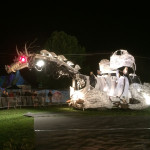 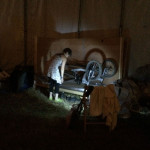 There were some very impressive big street shows and it was great to hang out with some of our British street arts colleagues Acrojou, Flying Buttresses and Swank.

Sziget wasn’t without its challenges: the first day, we were performing in 30+ degree Celsius. We were so glad there were showers backstage for the performers! The festival really looked out for their artists and crew: huge buffet feast twice a day (including beer and wine–how civilised!), lovely hotel, decent coffee and air conditioning in the green room marquee!

As we required a bit more space than your average street act, we were backstage of the Budapest Opera stage who put on a lovely show of opera favourites. This will go down as one of our most surreal experiences ever: packing up our mechanical hippo after our last set, in the dark surrounded by glorious opera sung just a few metres from us.