We’re back from a fantastic 3-week spring tour of “A November Day,” our story of the granddaughter of a WW1 soldier who comes to terms with the events he experienced in the Great War. We originally created the play in 2008 and decided to remount it in this centenary year of the start of the war. We’ve had the great fortune of working through Makin Projects who booked the spring tour and are currently booking an exciting 6-week tour in October and November, 2014. We’ll post this schedule in a few months time when it finalises.

We started the tour at The North Wall in Oxford, a wonderful space where we had first performed last year with Hullaba Lulu. Again, we were delighted with the audience–really present and responsive with great feedback afterwards.

Our next spot was at Christ’s Hospital, a very old school where had a chance to see their amazing procession into lunch which involves full marching band and intricate parade manoeuvres by the different houses–so great to see a ceremony still kept alive. Had a very full and enthusiastic audience as well. 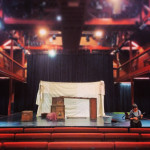 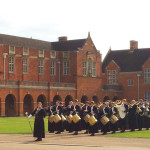 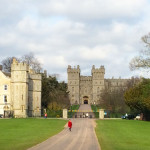 In Windsor, on a break before the show at The Firestation Centre 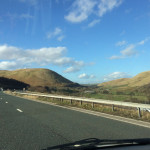 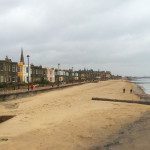 After Musselburgh, a chance to take in the sites at Portobello Beach

Next we performed at the Firestation in Windsor and had a chance to look around that beautiful town. We were then off to Scotland for a couple of shows at the very fine studio at the Brunton Theatre in Musselburgh. Having travelled all that way, we gave ourselves a day off in the always interesting Edinburgh.

The next week of the tour found us at a very new and fancy Canada Water Culture Space in London, at the Central Studio in Basingstoke and playing to some lovely mixed aged audiences at the Palace-Dixon Studio in Southend who really supported their theatres. 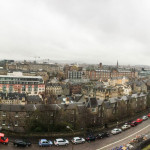 Day off in Edinburgh! 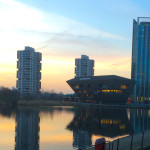 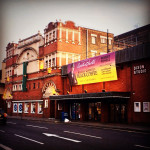 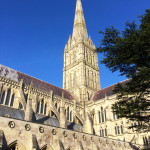 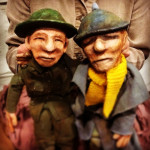 A fantastic tour, looking forward to the Autumn!

The last week we played at the Sundial in Cirencester, a place where we’ve played several times, who really know our work and where we can always count on an enthusiastic audience filled with students eager to see something new. Then we ended our tour with 4 shows at the Salisbury Playhouse–2 schools shows and 2 public shows. It was really great to end in a solid run in a beautiful city at a venue which clearly has spent a lot of time and love growing their theatre-going community.

We had a great run, the show is sharper than ever and we’re really looking forward to a busy tour in the autumn. But for now, the puppets are back in their boxes and it’s parades, giant puppets and some exciting international festival  for the next few months!