The Sea King and the Mermaid

Created to herald in the Ærø International Mask Festival, these two giants were built in a two-week long workshop with a group of adults from this Danish island and from further afield in Denmark and Sweden. The puppets were designed and built from scratch, and puppeteers were trained up from within the community to parade the couple in the street, and to greet the festival-goers off the ferry!

We chose to make two sea-inspired giants to represent the island: a Sea King and a Mermaid. Built in the old boat house on the quayside, the giants were truly inspired by their island setting. The 9 workshop participants learned all aspects of making and performing these giant puppets: they designed, made wood and wire armatures for the heads and hands. They sculpted head and hands in clay then built them up with papier mâché.

They learned how to build the frames–one puppet was built on a backpack and one was carried on poles. They were taught how to make two different body types and costumes. And they learned how to perform them and debuted them in a mini parade in the town of Ærøskøbing.

After the Mask Festival, the Sea King and the Mermaid were used for many years for several events around Denmark.

Several residency participants went on to make their own giant puppets and giant puppet events in the style of this workshop. Owl puppet made by residency participants after our workshop 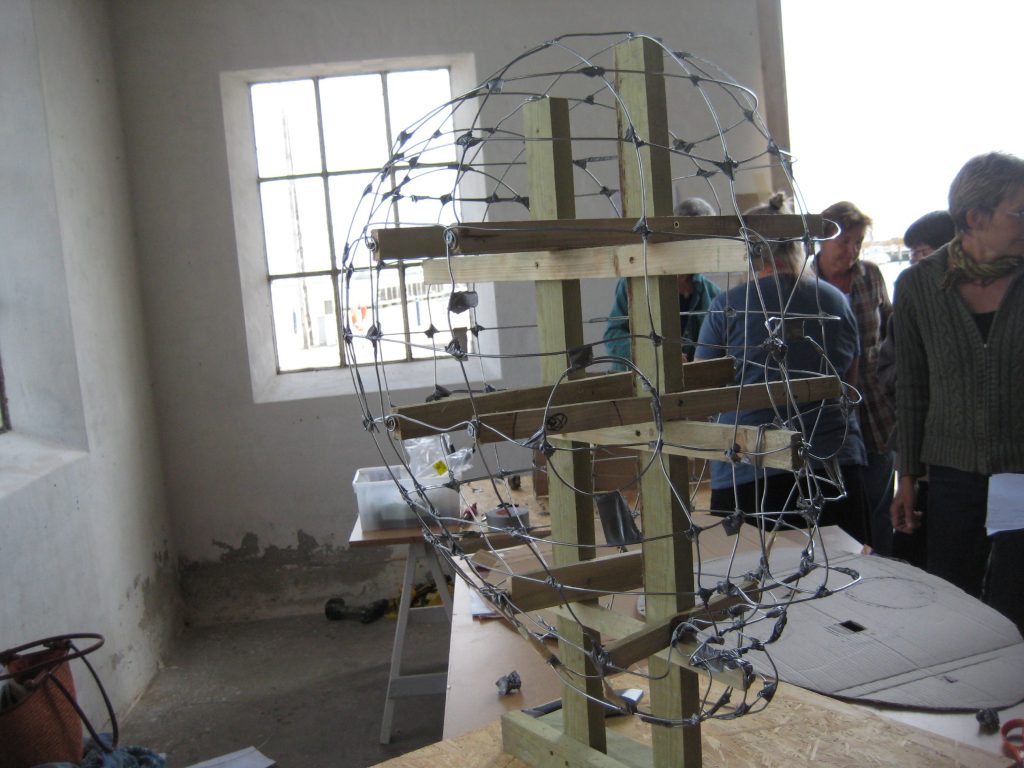 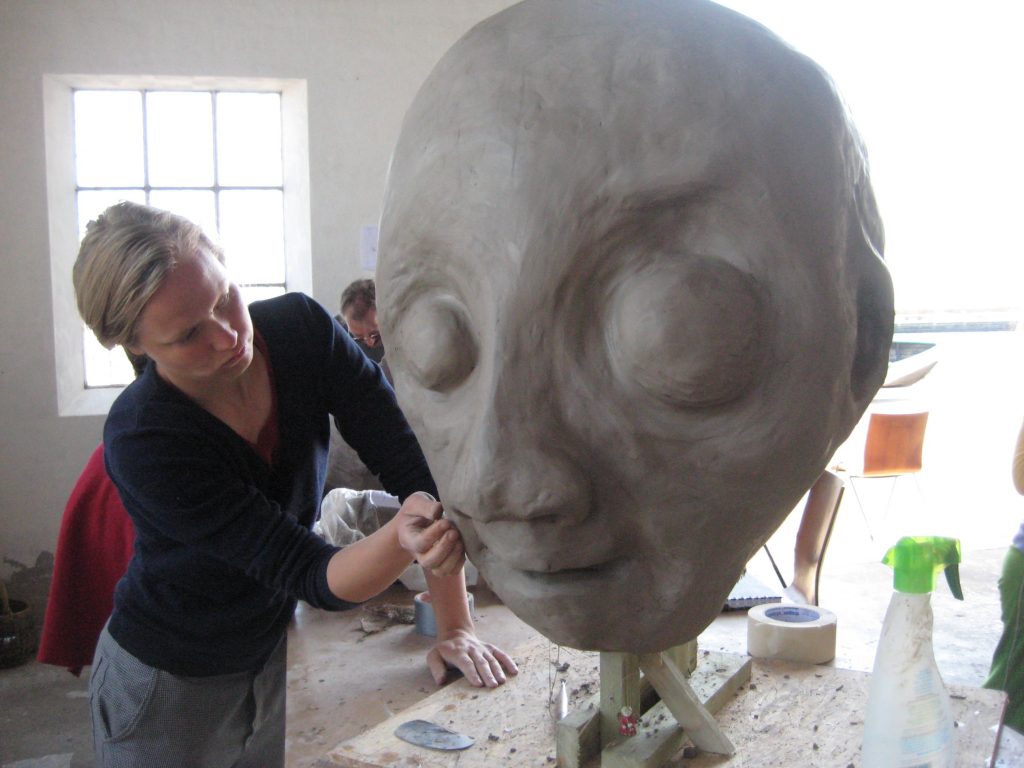 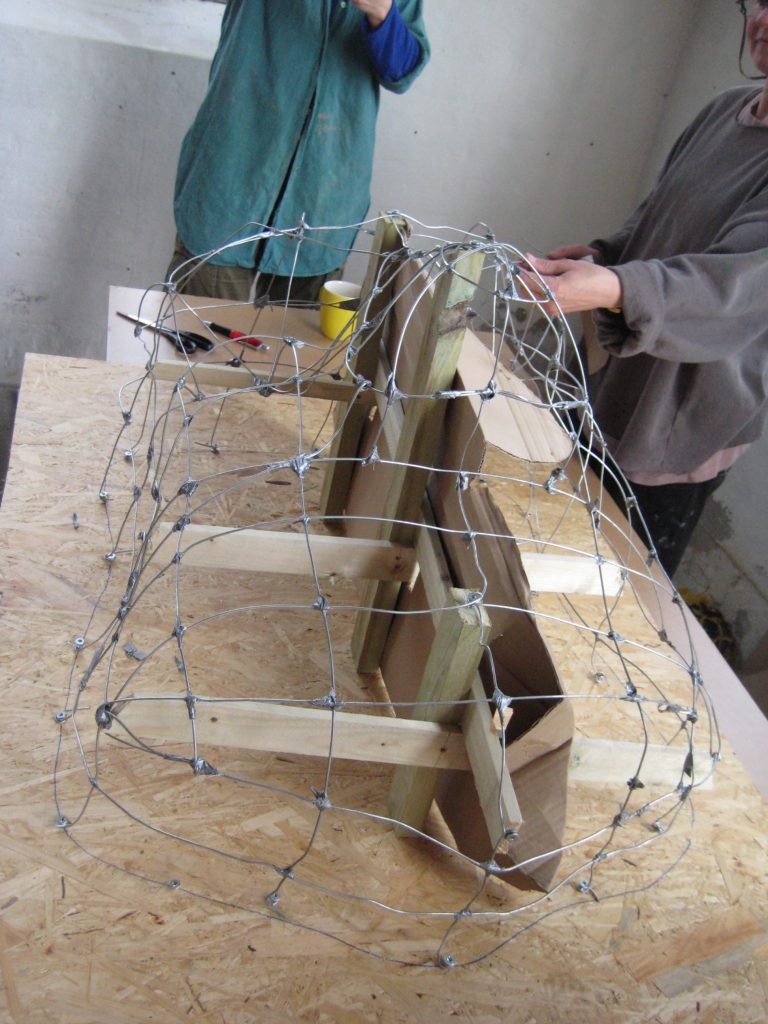 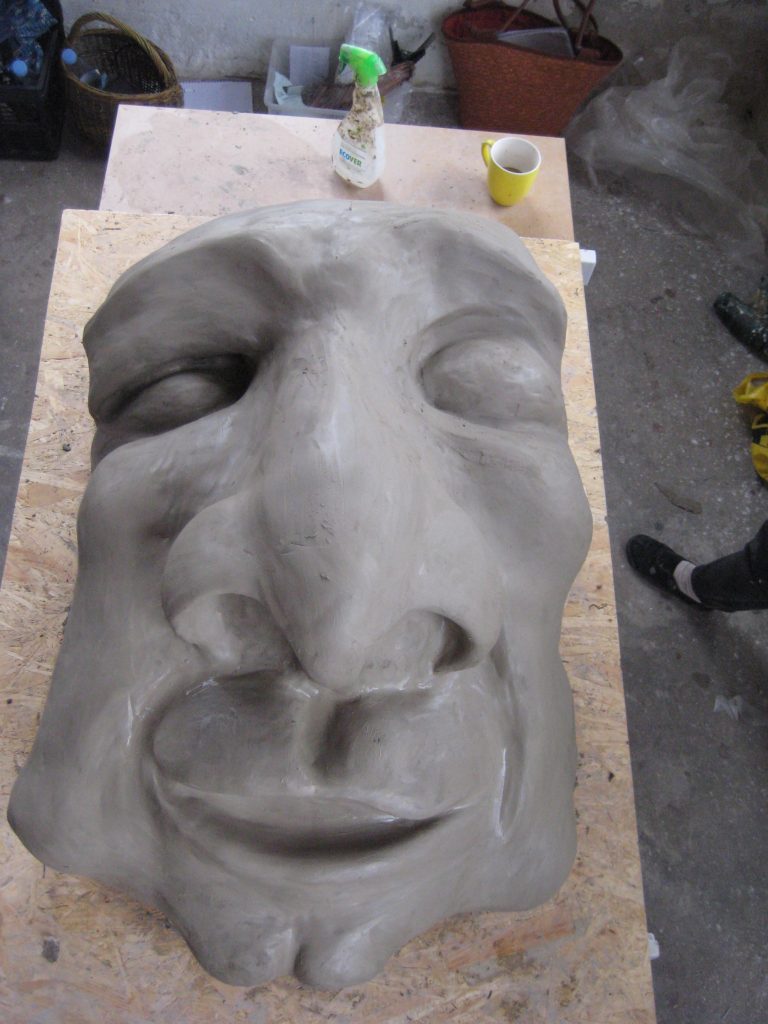 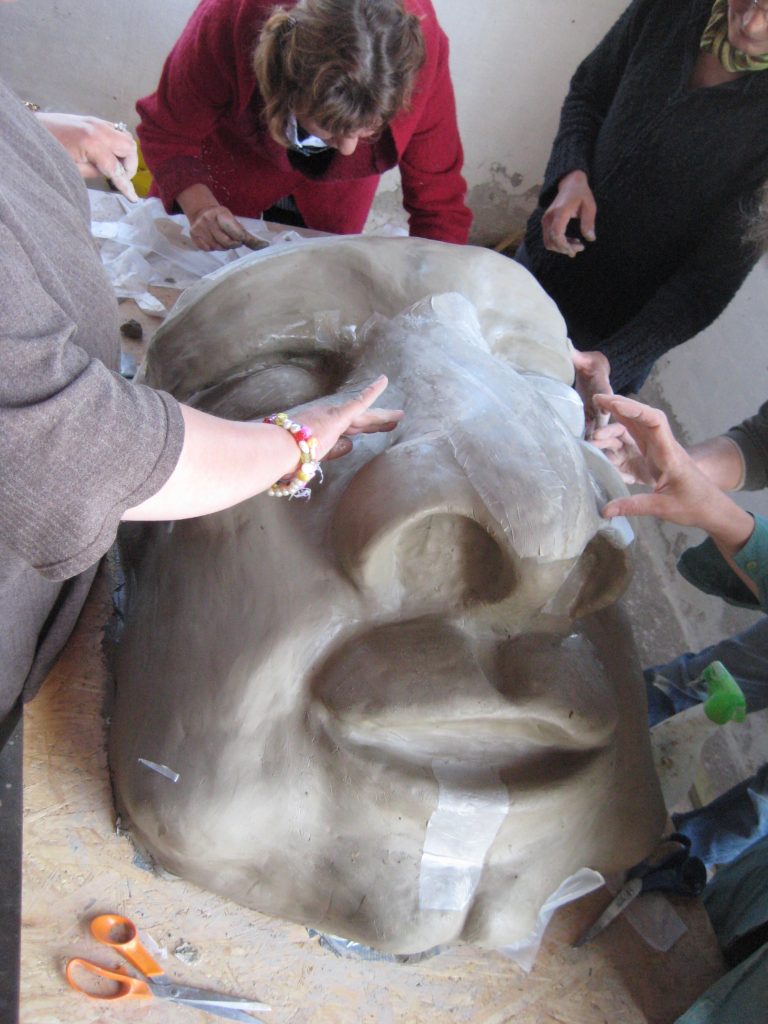 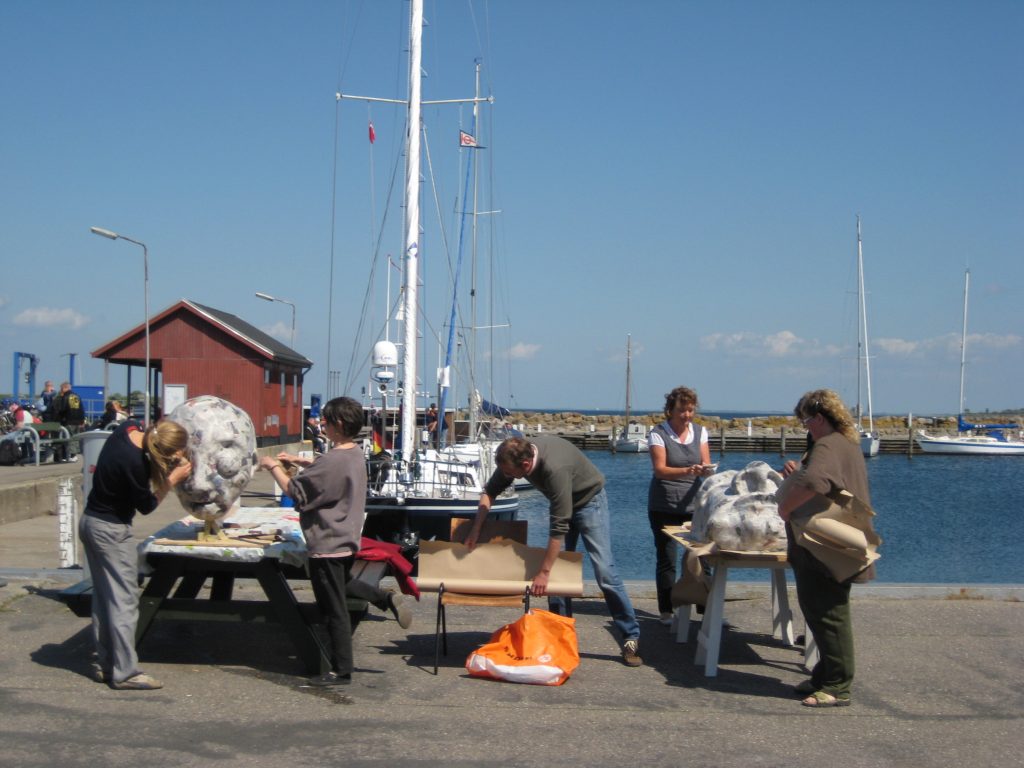 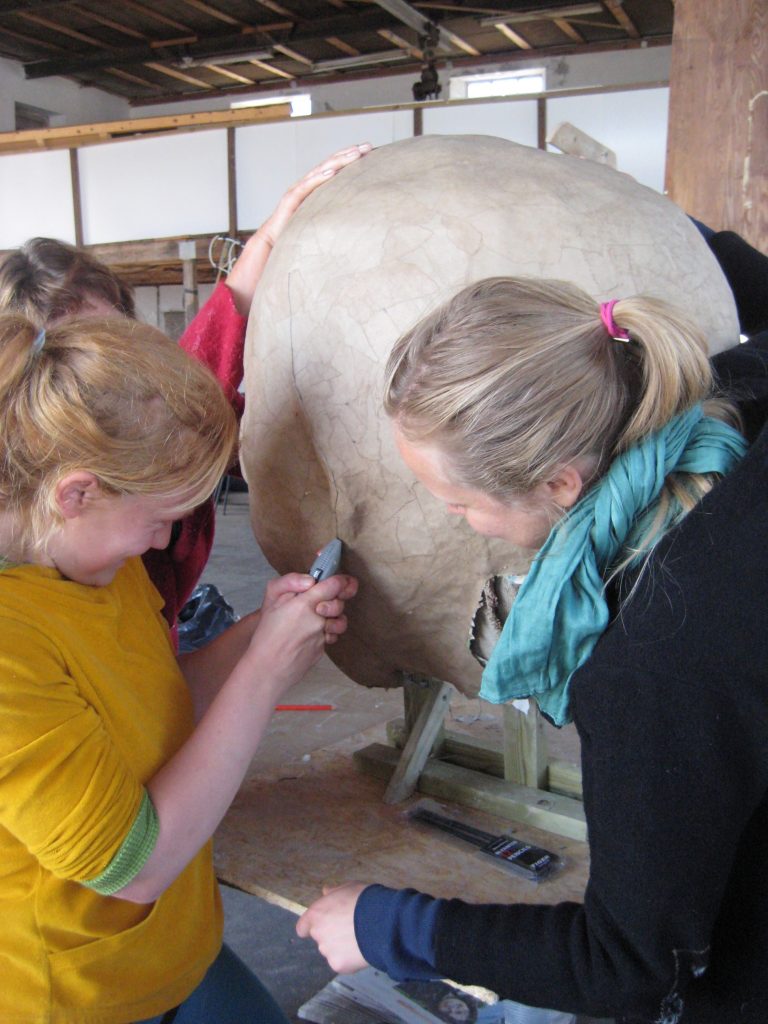 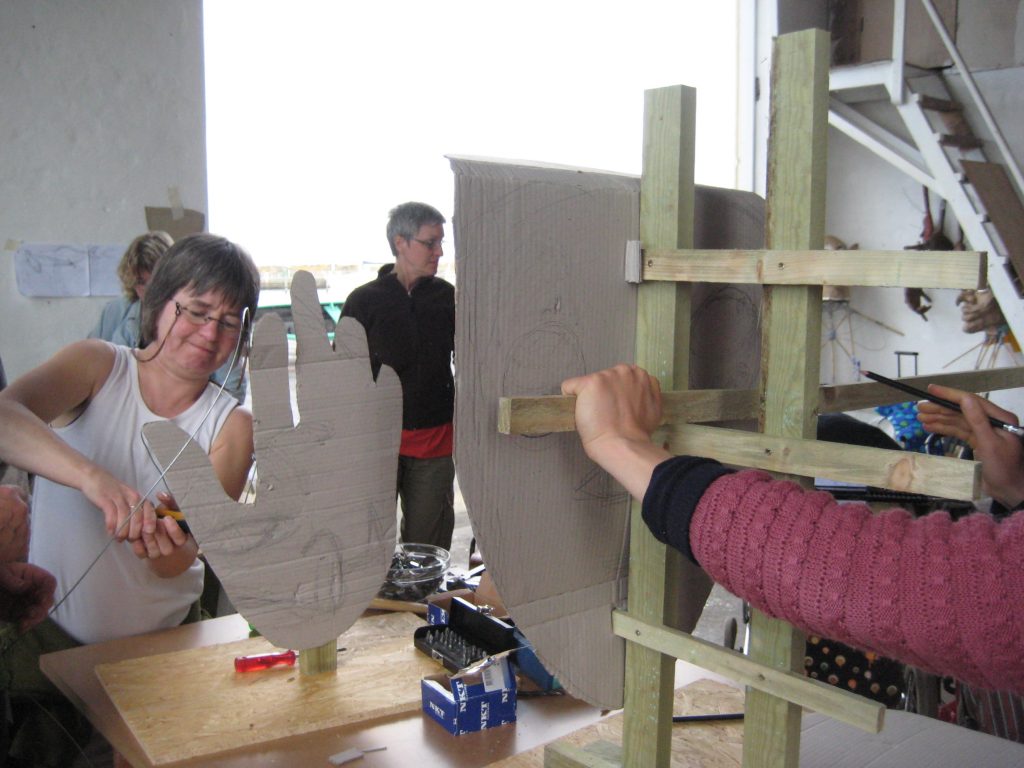 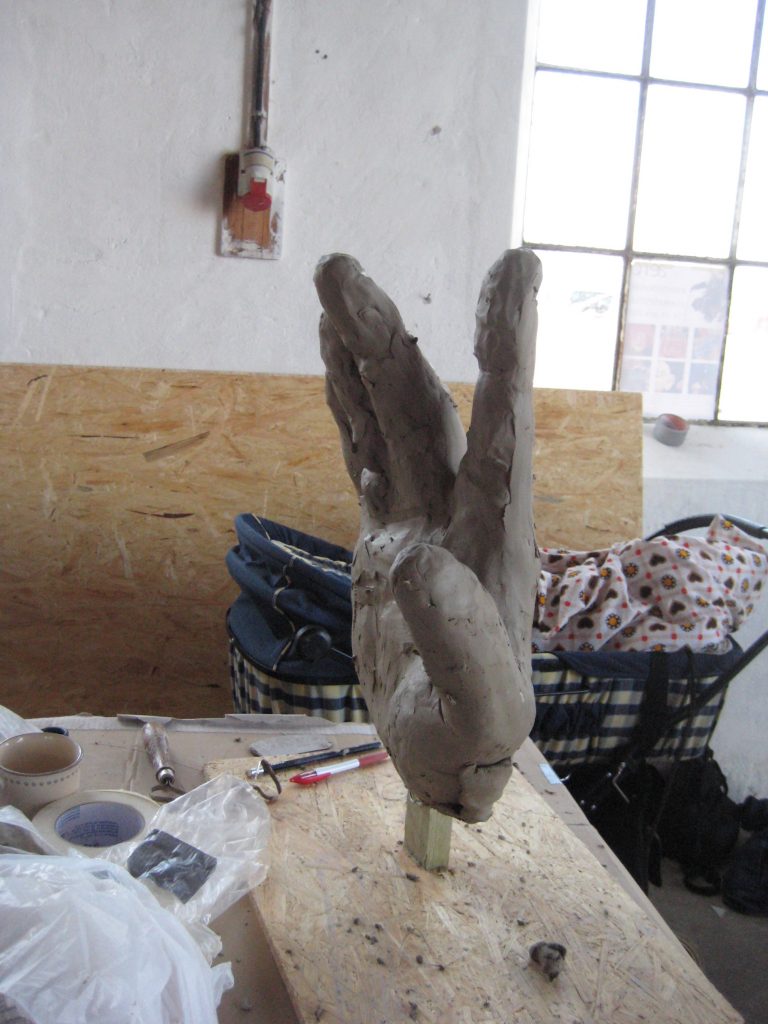 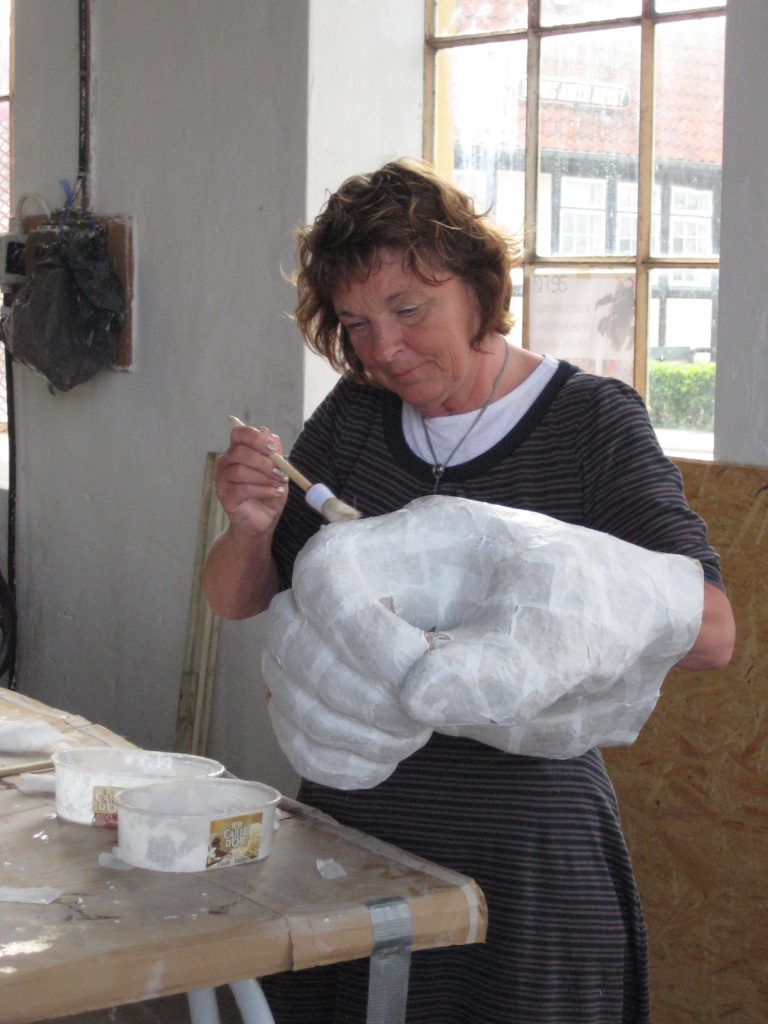 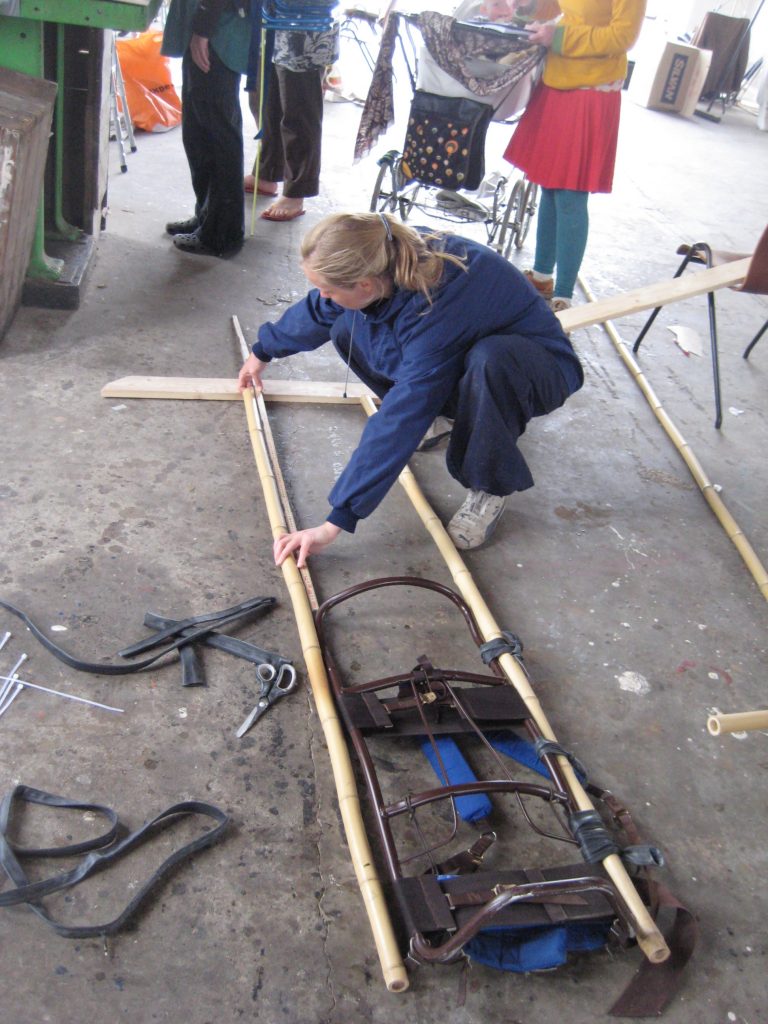 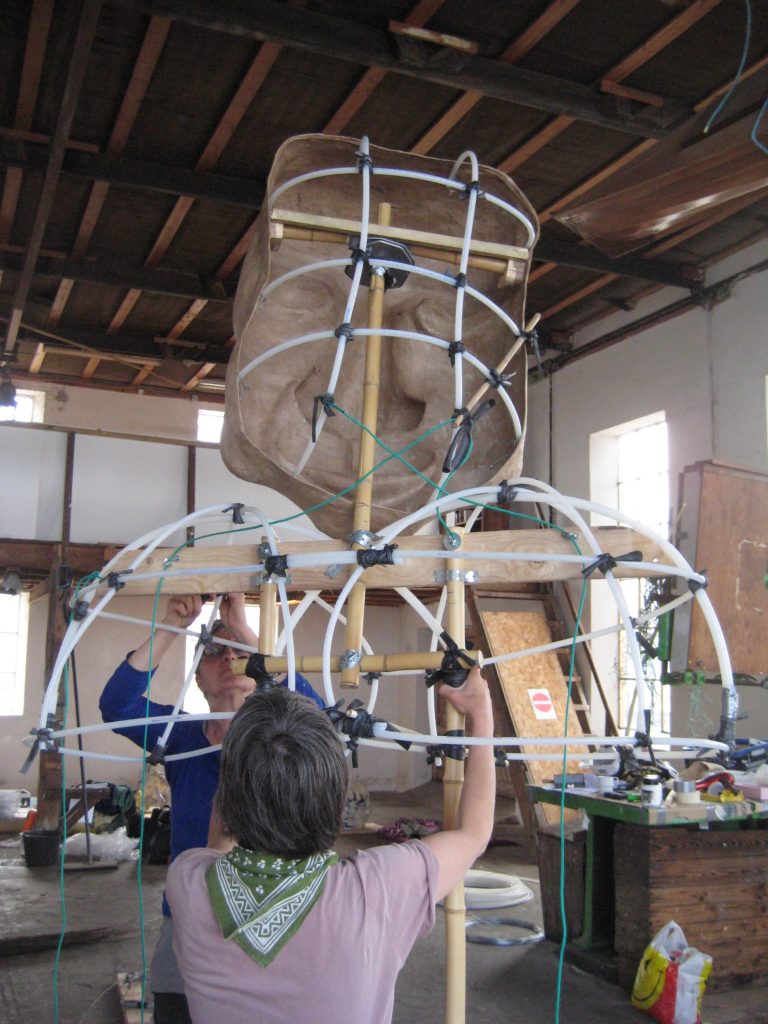 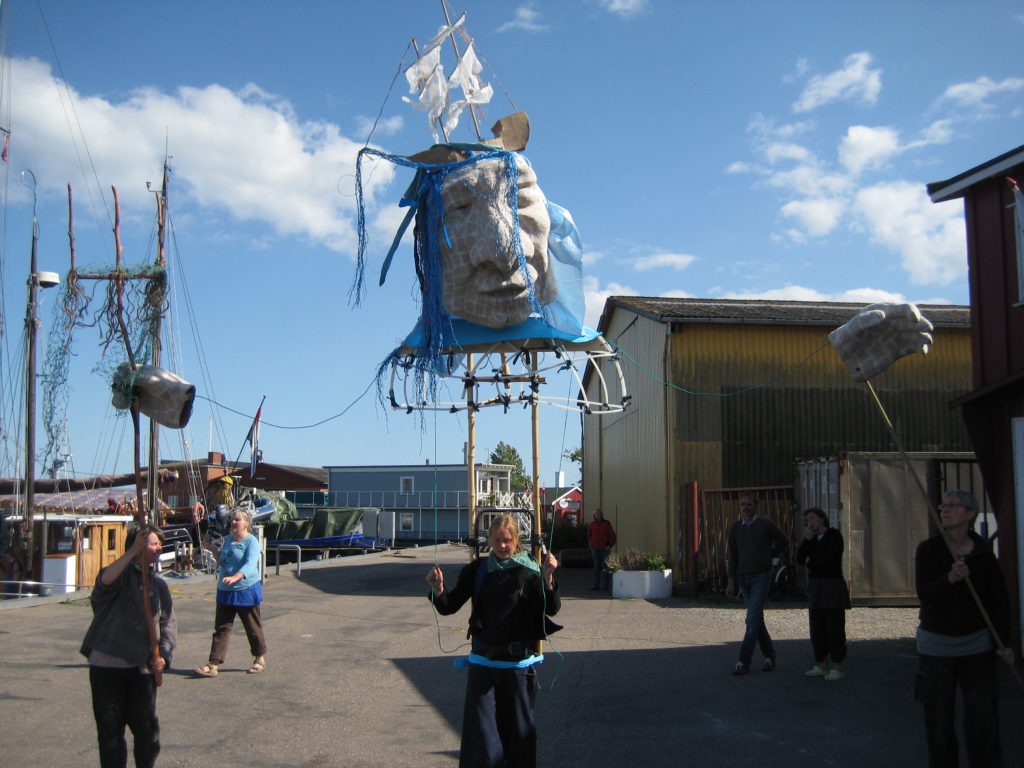 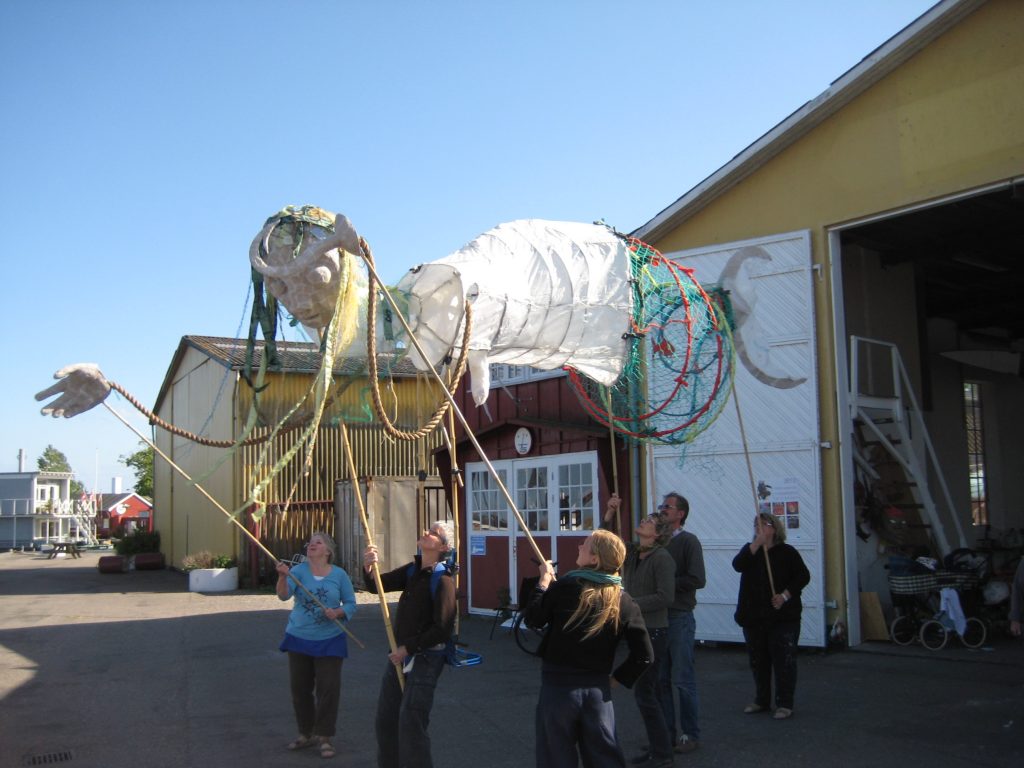 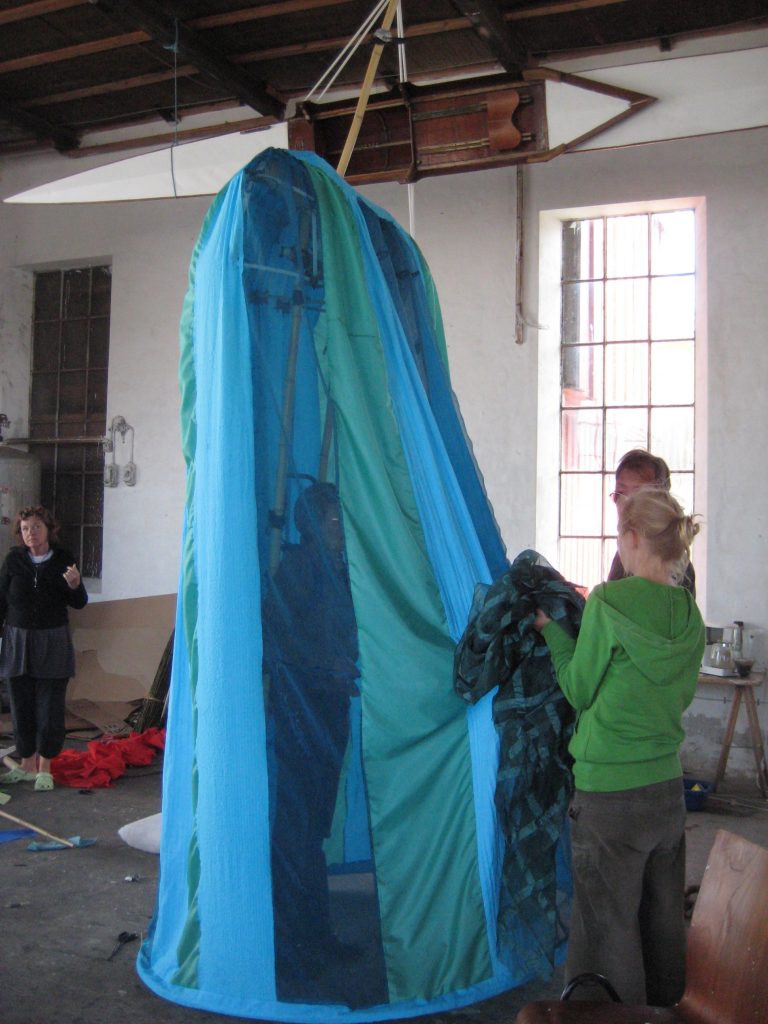 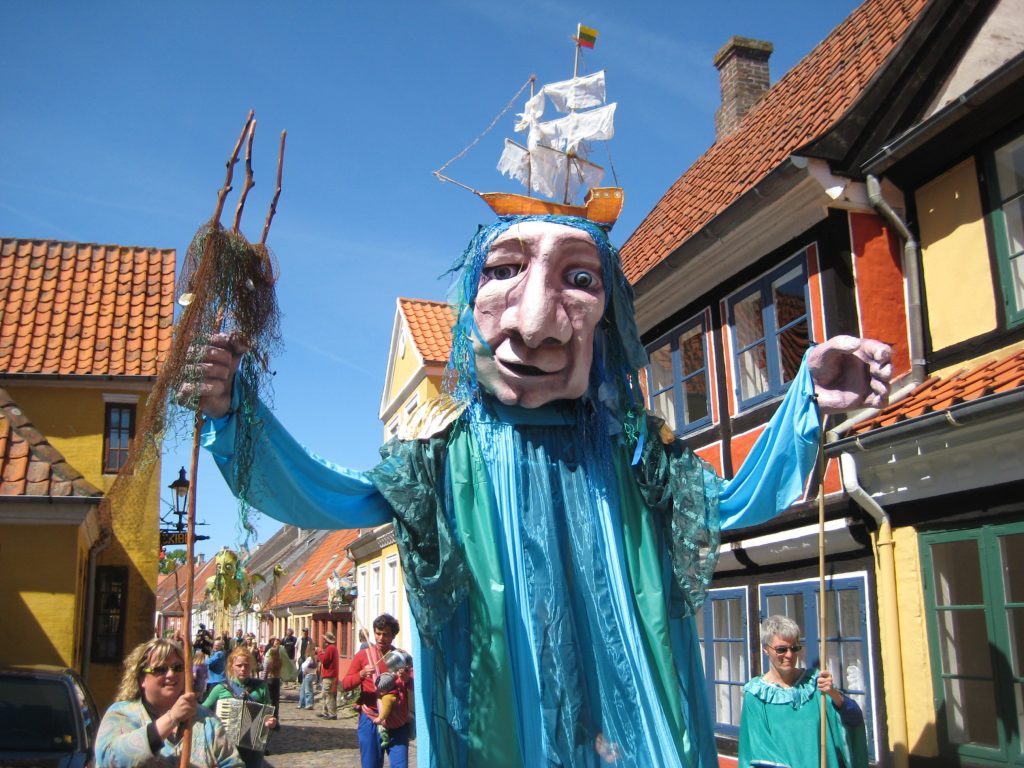 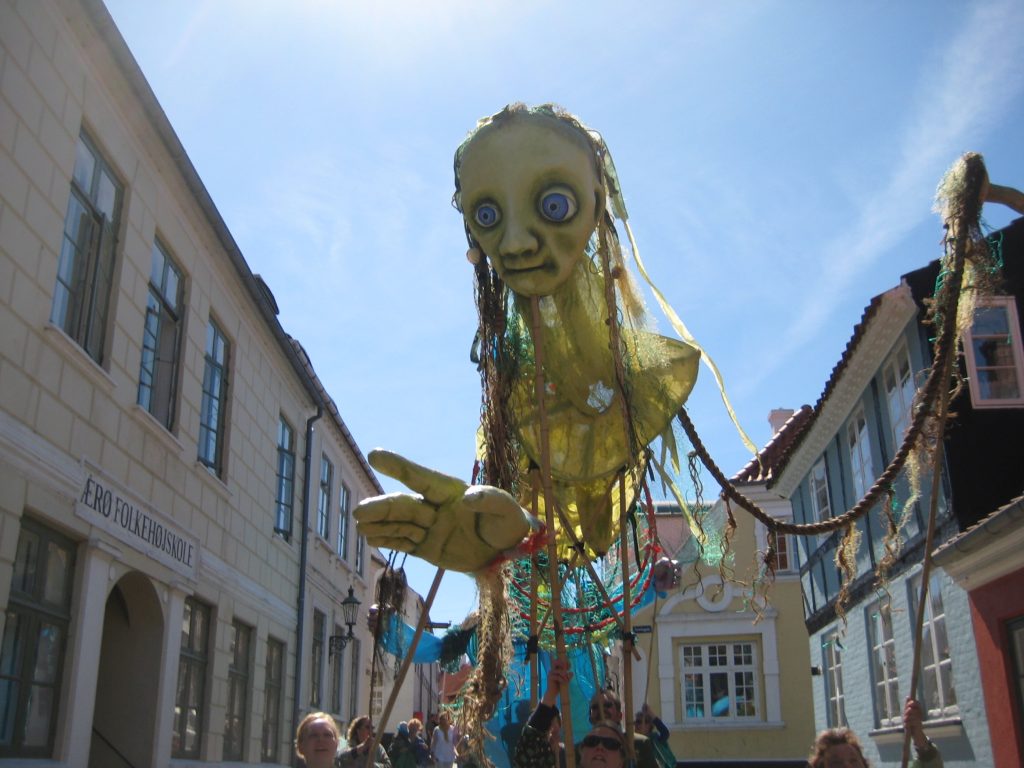 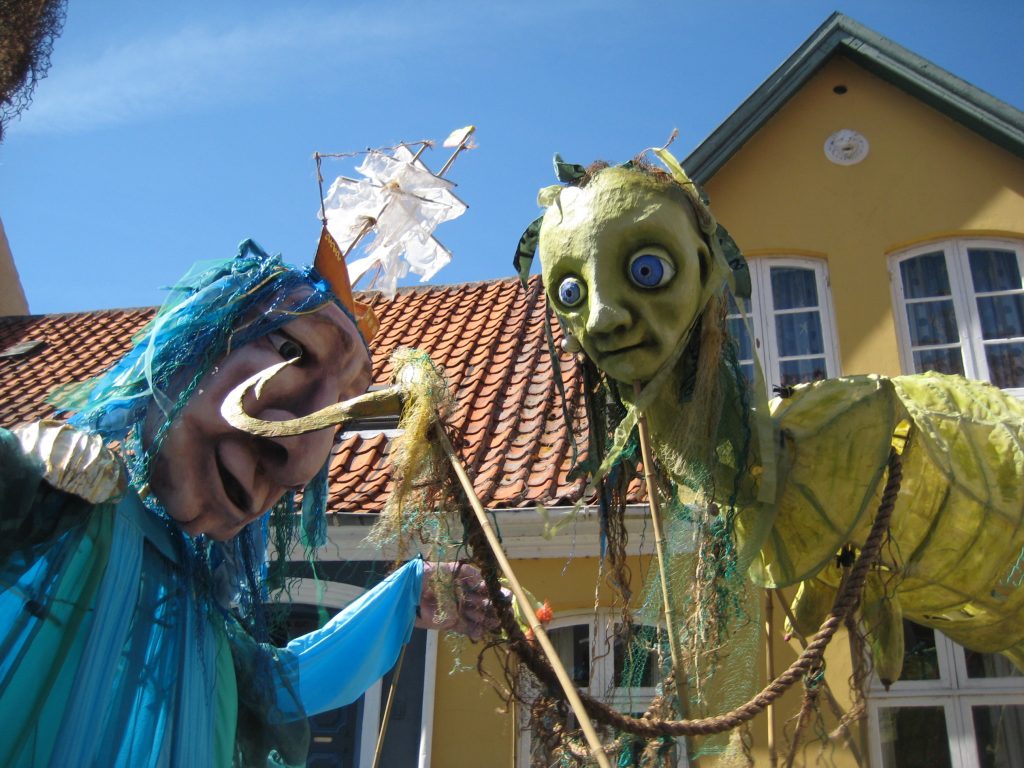